Beloved actress Estelle Harris, who famously played George Costanza’s mother Estelle on Seinfeld and voiced Mrs. Potato Head in the animated feature Toy Story, has passed away at the age of 93.

According to her son Glen Harris, the star died of natural causes at her home in Palm Desert, California on Saturday night. She was just weeks away from celebrating her 94th birthday, which would have been on April 22.

‘It is with the greatest remorse and sadness to announce that Estelle Harris has passed on this evening at 6.25pm,’ Glen revealed to Deadline, noting that he held his mother before ‘she drew her final breath.’

He continued: ‘Her kindness, passion, sensitivity, humor, empathy, and love were practically unrivaled, and she will be terribly missed by all those who knew her.’ 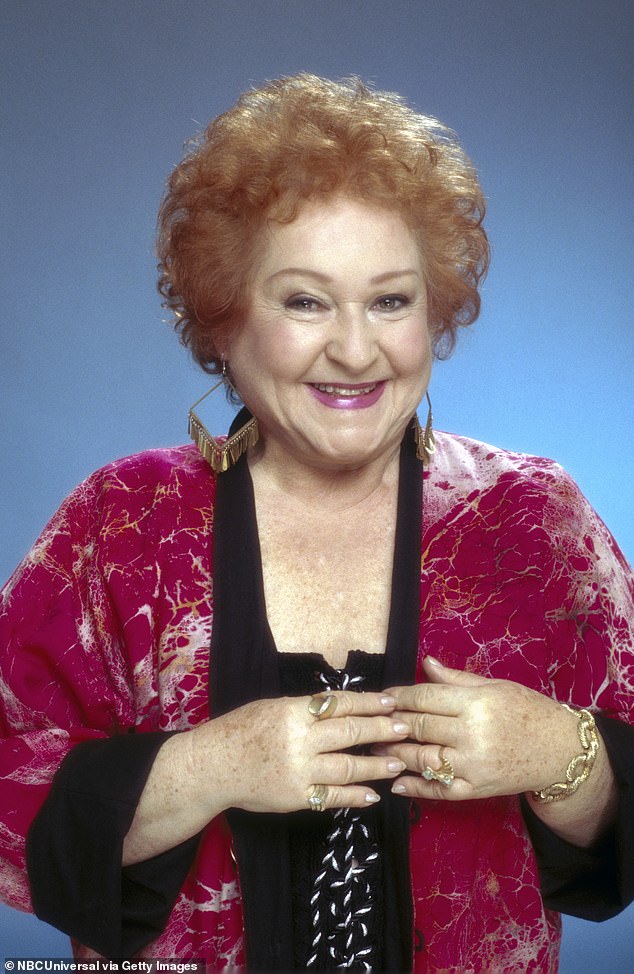 Beloved actress Estelle Harris has passed away at the age of 93, according to Deadline 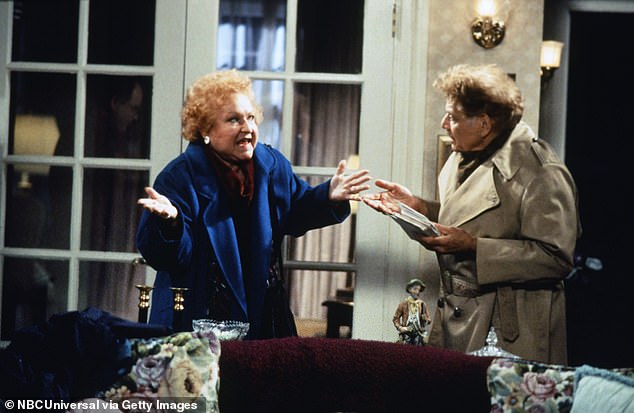 She was born in April 1928 in Manhattan to Polish immigrants who owned a candy store. She grew up in a Pittsburgh suburb, but eventually moved back to the city and married her husband Sy Harris.

The pair had three children together: Eric, Glen, and Taryn.

Although she died of natural causes, the star did undergo surgery to remove cancer from her nose in 2013.

Harris underwent a minor surgery to get rid of the cancerous cells and had to sport a small Band-Aid at the end of her nose. She joked at a Hollywood premiere of her new movie, CBGB, in 2013: ‘No, I didn’t have a nose job.’

She ensured her fans the doctors ‘got it all out.’

She began acting in assorted amateur community theaters in 1977 while she was raising her children and eventually found stardom, starring in The Suite Life of Zach and Cody, iCarly, Curb Your Enthusiasm, The Proud Family, Sabrina the Teenage Witch, and more.

She got her start on Looking Up and then Once Upon a Time in America, before getting a three-episode deal on Night Court, according to People.

The New York City native appeared in 27 episodes of Seinfeld between 1992 and 1998, playing a character that ironically shared the same name as her.

She had more than 100 film titles in her resume over her 45-year career and became known as a maternal figure, often playing the mom on shows.

‘I’m the universal mother,’ she told the Chicago Tribune in 1995. ‘Black people, Asians, WASPs, Italians, Jews – they all say: “Oh, you’re just like my mom.” That makes me feel good.’ 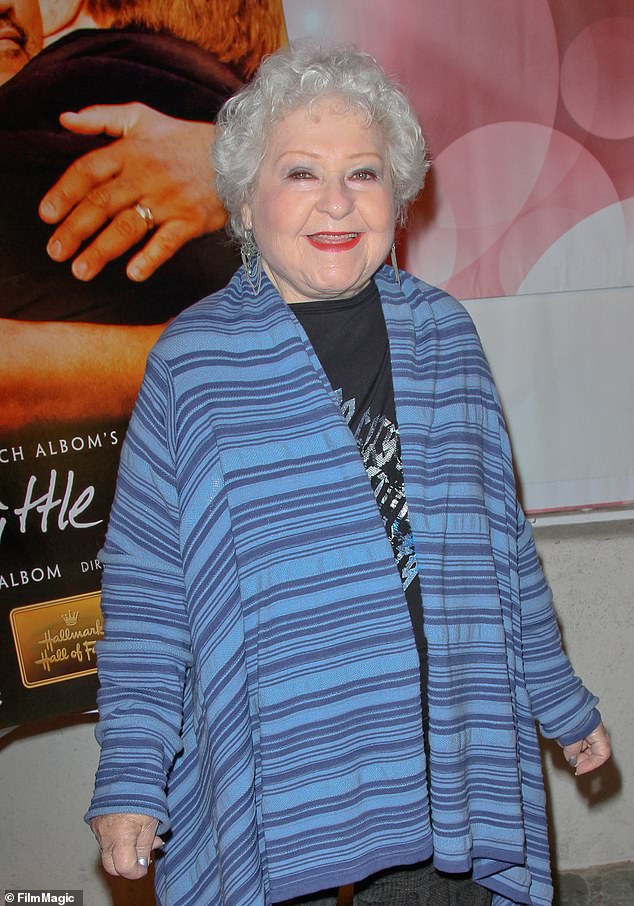 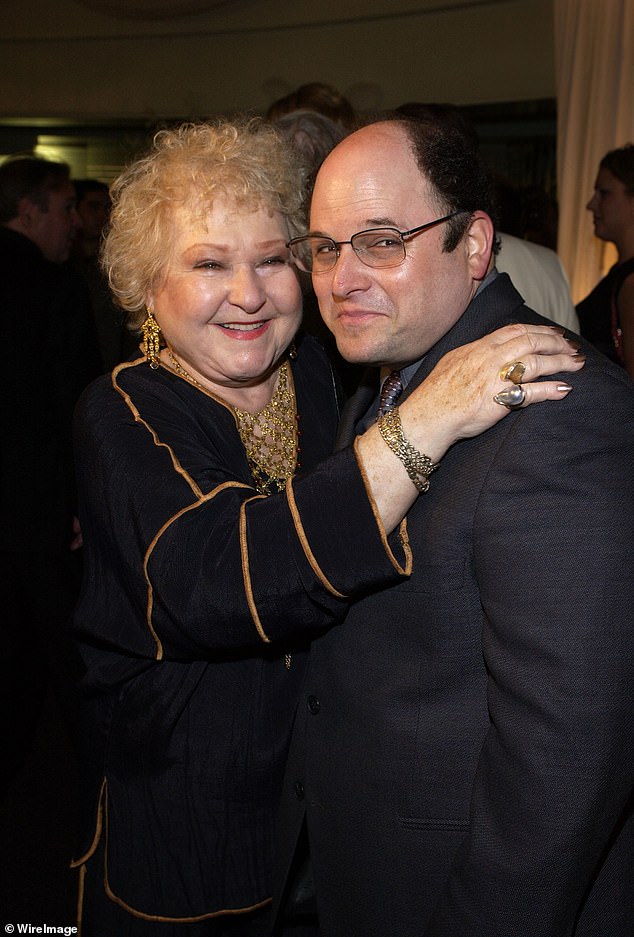 Harris was best known for her role in Seinfeld, which she played the role of the mother for six years (pictured with Seinfeld costar Jason Alexander) 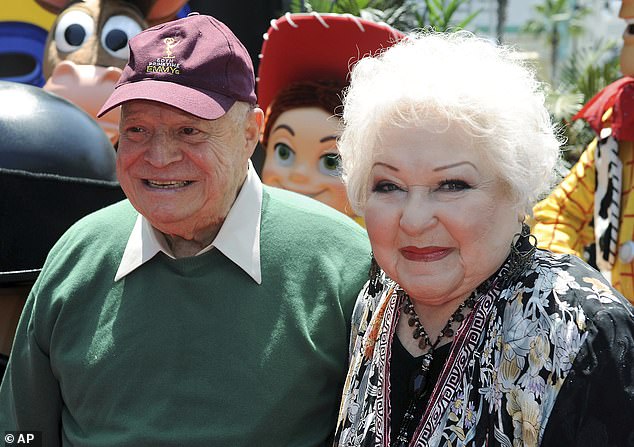 Despite playing loud characters, she never described herself as such, saying: ‘I speak out, but I don’t like to hurt people’s feelings. We’re all in this together. We all have to face death, so the easier we can make it for one another the better.’

She also became known as the Queen of Commercial on Madison Avenue for having a unique voice, according to Deadline. She was known for booking as many as 25 commercials a year.

‘Her passion was her work and her work was her passion,’ Harris said.

The famous actress is survived by three children and three grandchildren and a great-grandson.

Fans and costars took to social media to honor the beloved actress.

Former costar Giselle Eisenberg recalled a fond memory with the actress. She wrote: ‘Estelle Harris was funny, beautiful, kind & incredibly talented! We made a commercial together once and she told the director: “I’m not doing another take until you promise to give Giselle this dress to keep!”

Fans reacted on Twitter, honoring the actress’ life and remembering her most famous roles

‘They gave me the dress. I will cherish knowing Estelle forever.’

A wrote on Twitter, alongside a video of Harris on the Suite Life of Zach and Cody, where she played a hotel maid: ‘We lost an OG tonight. Rest In Peace to Estelle Harris, a woman with spunk!’

Another wrote: ‘Truly a big and unfortunate loss of such a talented lady. You will be dearly missed, Estelle Harris.’

A fan named Chris Agar posted on Twitter: ‘Estelle Harris always made me laugh when she was onscreen. Mrs. Costanza is one of the best Seinfeld characters. It’s hard to picture the show without her Rest In Peace.’