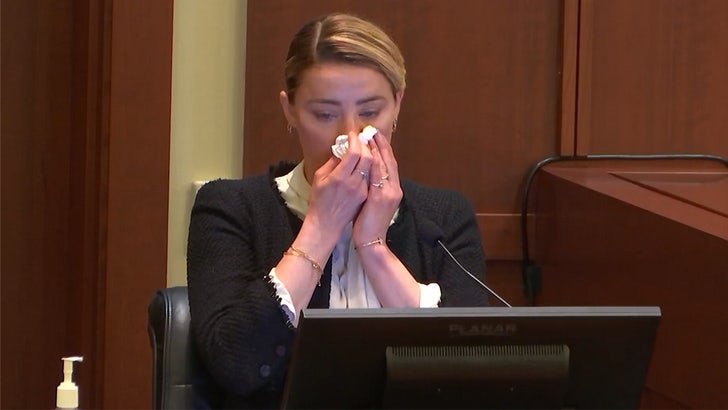 Amber Heard‘s testimony has been accused of being contrived, lifted and, strangely, drug-laced — but it seems only 1 of these might be close to true … and the proof’s in the video.

Here’s the deal … AH was on the stand for two days this week, detailing the alleged abuse she claims she suffered at the hands of Johnny Depp. Each day of testimony ran for several hours — but rabid JD fans picked apart three specific moments that they say are damning.

First, a moment from Thursday’s testimony where Amber is describing a time when Johnny was detoxing … during which, she holds a tissue to her face for an extended period of time — apparently aware she’s being photographed right then and there — and seemingly poses. 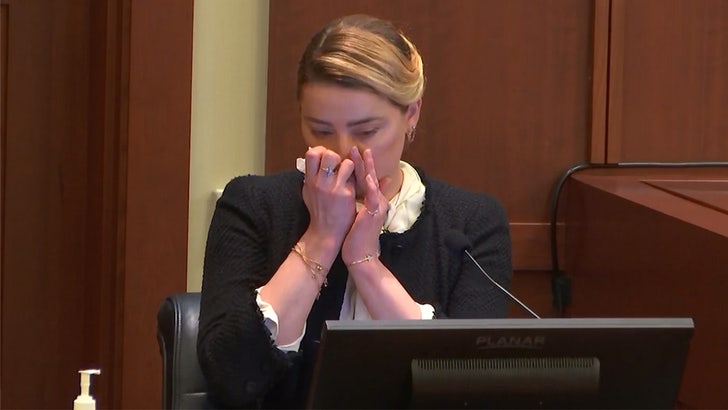 The clip going around on social media felt sorta doctored, but we found it in the raw feed — and, indeed, Amber does look to hold this pose for what sounds like a camera flash.

People have criticized her for this — perhaps rightly so — but even more Twitter warriors have made what we would consider wildly outlandish claims that are far more sinister … namely, that Amber was allegedly doing bumps of “cocaine” on the witness stand Thursday.

You’ve probably seen this clip making the rounds too — it shows Amber blowing/wiping her nose with a handkerchief … and people believe they see something more nefarious.

Amber Heard: “When I was around Johnny I felt like the most beautiful person in the world—then he would disappear”

Talented Mr. Ripley: “The thing with Dickie, it’s like the sun shines on you and it’s glorious—then he forgets you and it’s very cold”

Watch the clips side by side pic.twitter.com/WKkvjLfDKL

We’ll be honest … this claim is absurd on its face, and nothing more than people reaching to connect dots that simply aren’t there. Depending on what side you’re on in this case, you’ll probably see what you want to see … but there’s no smoking gun here whatsoever.

Finally, there’s the ‘Talented Mr. Ripley’ claim … which boils down to folks alleging that Amber lifted a part of her testimony Wednesday straight from the movie, and straight from Gwyneth Paltrow‘s character, Marge. As it turns out, that claim was also total BS.

A now-viral side-by-side quote was being circulated that suggested Amber had literally repeated lines from the movie, word for word, but after someone tracked down the actual video … her real testimony was far from what GP said on film. Once again … reaching.

It would seem people’s hatred for Amber Heard — which is very much a real thing — is blurring their objectivity, and in some cases … spreading fake news. To that, we say … stop.