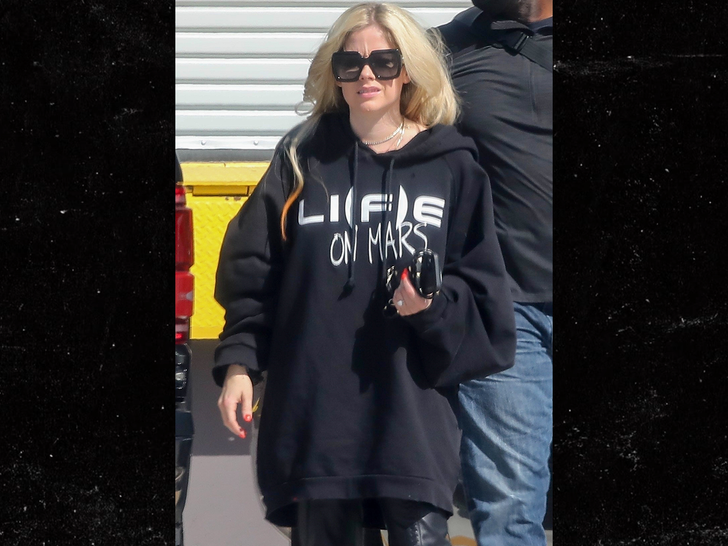 Avril Lavigne and her boyfriend Mod Sun may have officially taken things to the next level … ’cause she’s wearing what appears to be an engagement ring!!

The “Girlfriend” singer was spotted, Tuesday, arriving at a studio in Los, Angeles rockin’ a MASSIVE diamond ring on THAT finger. Interestingly enough, she wasn’t wearing the ring when she hit the Grammy’s red carpet over the weekend … so if the engagement did happen it was either very recent, or she just didn’t want it known at the award show. 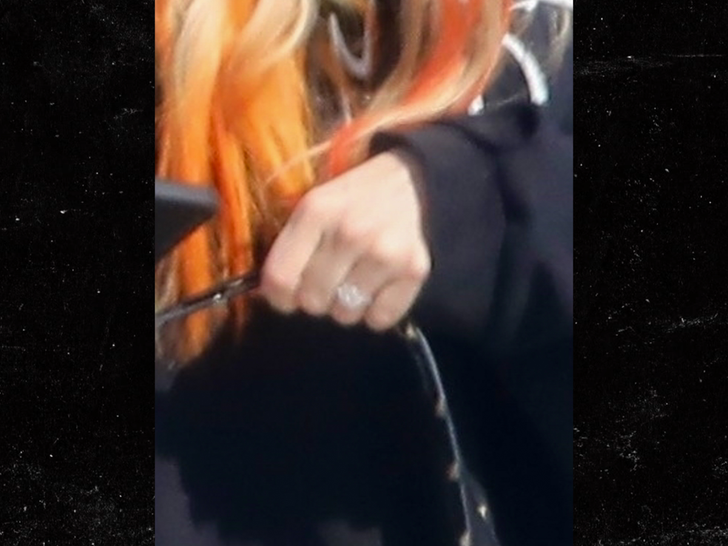 Of course, if legit, it would mean she and long-time BF Mod Sun have a wedding to plan, we’ve seen their relationship grow over the last year or so, and both have seemed super happy.

As you may know, the couple wrote the single “Flames” and appeared in the music video together, back in January 2021 … and have been posting and showcasing their love, since.

The two officially made their debut on the red carpet for the 2021 MTV Video Music Awards. And, Mod Sun even got Avril’s name tattooed on his neck, so obviously, things are serious.