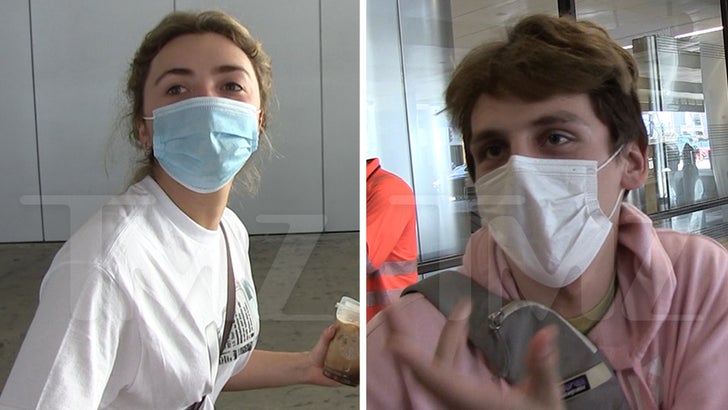 Peyton List and Jacob Bertrand are officially a couple — TMZ got visual and verbal confirmation — and neither’s worried about the potential consequences of dating a coworker.

We got the “Cobra Kai” stars traveling together Tuesday at LAX, finally confirming their long-rumored relationship … with Jacob joking we caught them red-handed.

Jacob tells our photog they’ve actually been seeing each other quietly for some time … and they don’t sound the least bit worried about their romance interfering with the show. 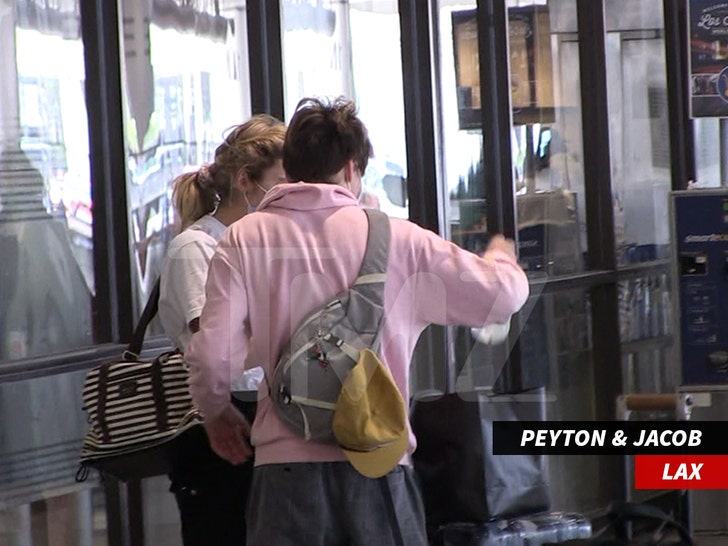 As Jacob put it, this is trial by fire … but since he’s been on the Netflix show longer than his girlfriend, he’s not worried about being the one written off the show if things ever go south with Peyton.

He was pretty clearly joking.

And, get this … Jacob tells us he and Peyton actually go way back. Watch the clip, he gives us the origin story of how they met way back in their teens.

They seem like a pretty fun couple, and Peyton tells us why she could kick her boyfriend’s butt if they ever put their karate skills to the test.