Disturbing video shows rapper Goonew’s ‘EMBALMED BODY’ propped up on a stage at a DC nightclub: Mourners party alongside his corpse weeks after he was shot dead

A nightclub has sparked outrage after hosting a ‘funeral’ featuring what appeared to be the embalmed corpse of an up-and-coming rapper who was shot dead during a robbery two weeks ago.

Fans of rapper Goonew were aghast when cellphone recordings emerged from the event, dubbed The Final Show, which was held at club Bliss in Washington DC on Sunday night.

The 24-year-old rapper, whose real name was Markelle Morrow, was shot dead on March 18 in the 3400 block of Walters Lane in the District Heights neighborhood.

His mother, Patrice Parker Morrow, said her son was shot in the back during a robbery and a large bejeweled pendant he always wore was stolen, reported NBC4. 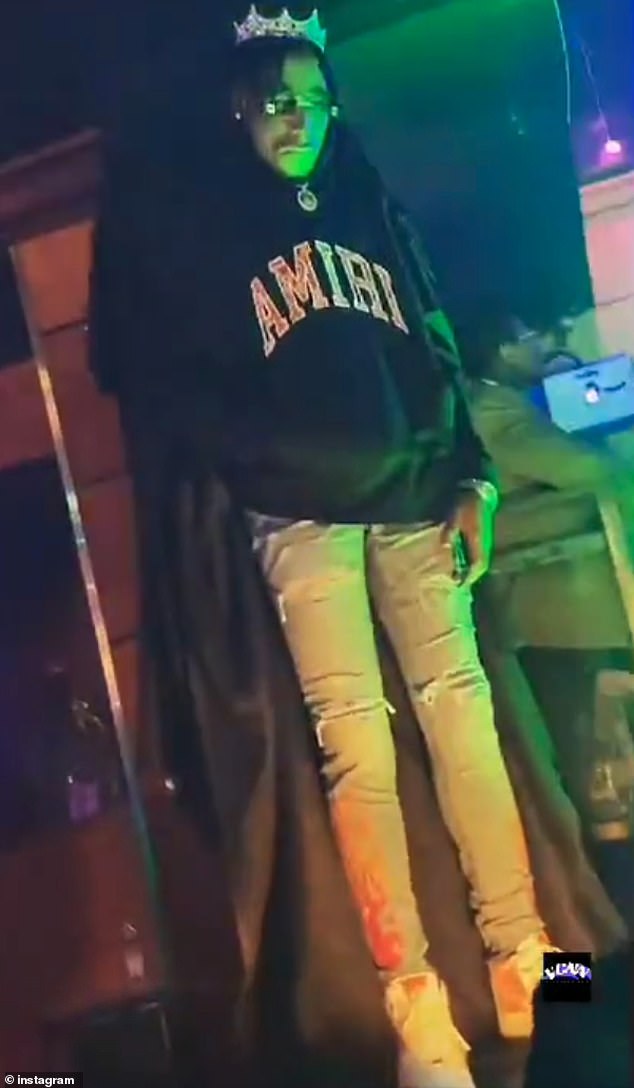 A funeral for Washington DC-based rapper Markelle Morrow, 24, who performed under the stage name Goonew, took place at Bliss nightclub, where his embalmed body was apparently put on public display 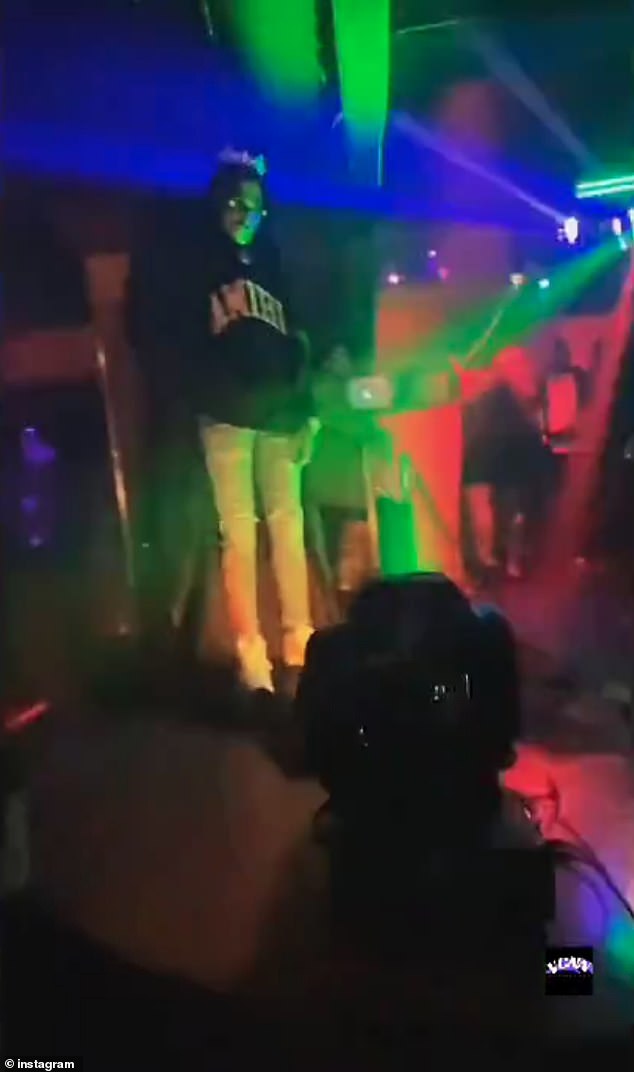 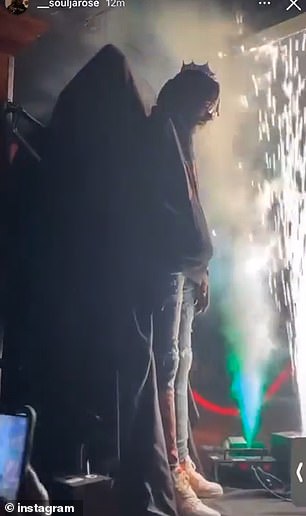 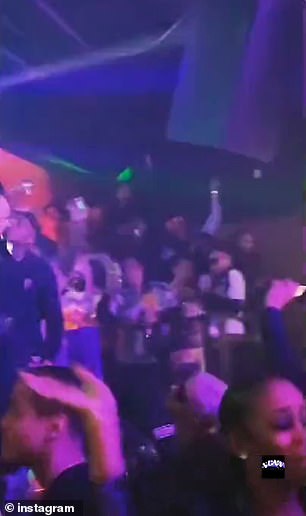 Mourners were said to have paid $40 cover charge to enter the club. Videos show people in the crowded venue dancing and singing around the dead rapper’s body 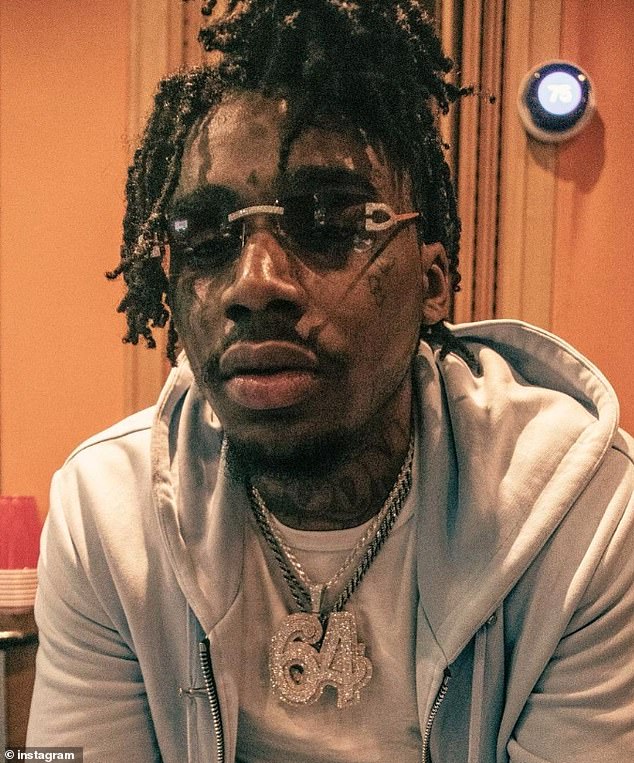 Morrow was shot and killed in Washington DC on March 18 during a robbery, according to his family

On Sunday, a large crowd of mourners gathered to say goodbye to the up-and-coming rapper at Bliss, which bills itself as ‘the perfect place for a sophisticated night of lounging and dancing.’

The celebrity news site The Shade Room reported guests paid a $40 to attend the home-going for Morrow.

Videos recorded during the event show what appears to be Morrow’s body, with his eye open, propped up on a stage sporting a designer Amiri hooded sweatshirt, ripped jeans decorated with flames and sneakers, accessorized with a watch and a gold crown.

The crowd are seen dancing and singing while multi-colored strobe lights illuminate the packed venue. At one point, fireworks are set off right next to Morrow.

Many commenters on Instagram were appalled by the macabre display, describing it as ‘weird,’ ‘disturbing’ and ‘disrespectful’.

Others, however, defended having Morrow’s body up on stage, saying it was what his family wanted.

The management of Bliss nightclub released a statement on Instagram page on Monday seeking to distance itself from the growing controversy about the send off.

‘Bliss was contacted by a local funeral home to rent out our venue for Goonew’s home-going celebration,’ the message read. ‘Bliss was never made aware of what would transpire. We sincerely apologize to all those who may be upset or offended.

‘Please keep Goonew’s family and friends in your prayers at this difficult time.’ 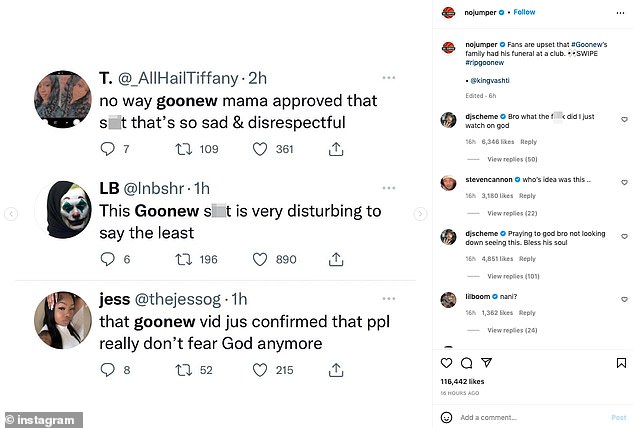 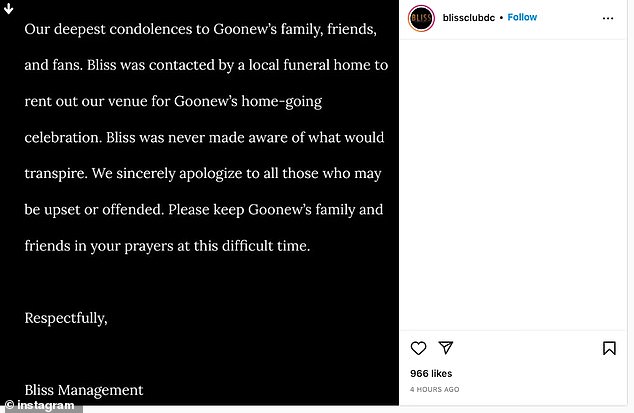 Bliss club’s management on Monday sought to distance itself from the controversy surrounding the unusual funeral, stating that the club ‘was never made away of what would transpire’ 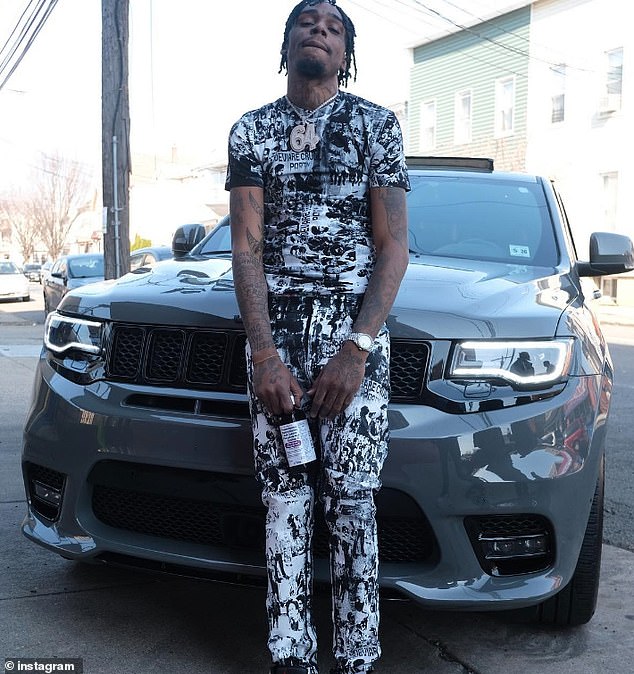 Police are offering a $25,000 reward for information leading to an arrest and conviction of  Morrow’s killers

While it is unclear from the videos and photos taken during the funeral that the figure on the stage was Morrow’s actual body, rapper Black Fortune, who performed at the event, insisted that it was the dead rapper’s real corpse.

Black Fortune wrote on his Instagram Stories: ‘No this ain’t no wax figure… my Brodie went out gansta.’

Calls and emails to Bliss seeking comment were not returned on Monday.

No arrests have been made in the shooting of Morrow, and police in Prince George’s County are offering a $25,000 reward for information leading to a conviction.