DJ Khaled‘s celebrity friends showed up to support him as he got enshrined on the Hollywood Walk of Fame … including some of the biggest names in music.

Jay-Z, Diddy, Fat Joe and Teyana Taylor were all on hand Monday when Khaled got his star unveiled on a famous stretch of the sidewalk … and it got pretty emotional. 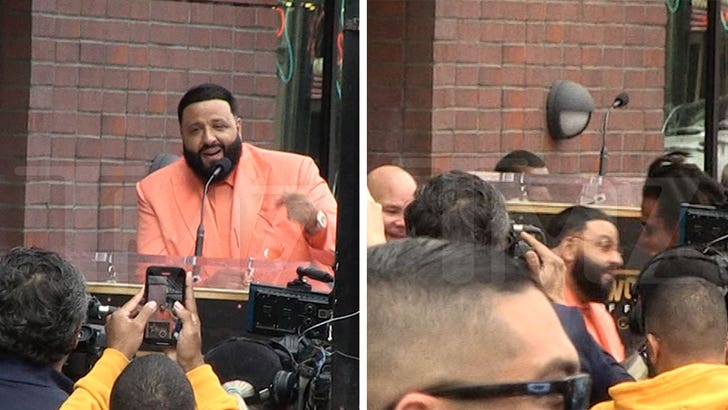 Jay and Diddy sat next to each other from their front row seats … with Diddy and Joe taking the podium to share some kind words about their friend.

Khaled and HOV shared a long handshake that felt like it went on for ages … and Khaled got literal pats on the back from Fat Joe and Diddy. 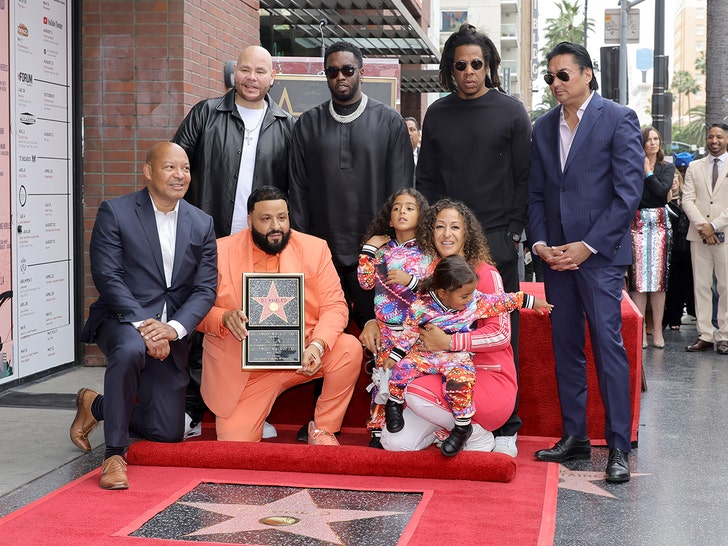 DJ Khaled’s worked with tons of artists over the years, so you had to figure his Hollywood Walk of Fame ceremony would be a star-studded event … and it didn’t disappoint.

There was a huge crowd on hand too … with the city shutting down the street to traffic.

Congrats on the star!!!