Rock star Jack White stunned fans in Detroit Friday when he proposed to his girlfriend and got married on stage.

“I’ve got a little question for you, Olivia Jean,” White asked his girlfriend and fellow musician Olivia Jean while on stage at the Masonic Temple in his hometown of Detroit. “Will you marry me?”

The musician, best known for his band The White Stripes, and his girlfriend had been singing the 2001 song “Hotel Yorba” when he popped the question, The Detroit News reported. He resumed the song after she said yes, beginning again with the song’s line: “Let’s get married.” 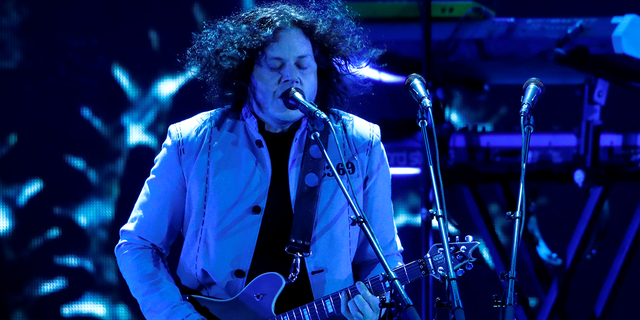 But the excitement didn’t end there.

The couple was married on stage by Third Man Records co-founder Ben Swank during the encore portion of the concert, the Detroit Free Press reported. The respective bass players for White and Jean served as the best man and maid of honor, while White’s mother, Teresa Gillis, served as a witness.

This is White’s third marriage and details on how long he had been dating Jean are unclear. Both are Detroit natives. 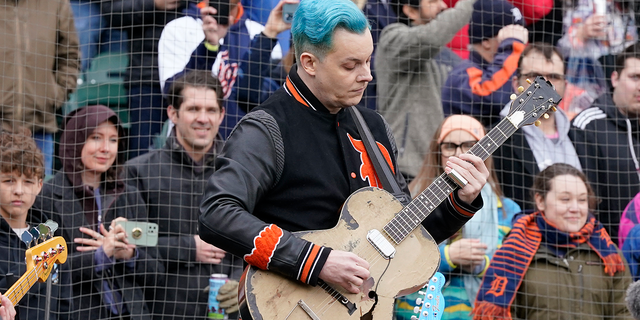 FILE – Musician Jack White performs the national anthem before the first inning of a baseball game between the Detroit Tigers and the Chicago White Sox, Friday, April 8, 2022, in Detroit. White surprised fans by marrying musician Olivia Jean on stage during his Detroit homecoming show Friday. The Detroit-born singer, songwriter and producer invited Jean onstage to join his performance and introduced her as his girlfriend. (AP Photo/Carlos Osorio, File)
(AP)

Friday was a big day all around for White, marking the release date for his latest album “Fear Of The Dawn” and performing the national anthem for the Detroit Tigers on Opening Day earlier in the day.