Jennifer Grey is lifting the lid on her hot romance with ex-boyfriend Johnny Depp, in her new tell-all memoir Out of the Corner.

The Dirty Dancing star and Edward Scissorhands actor dated for only a year back in 1989, after she had ended her engagement to actor Matthew Broderick – but it turned out to be an impactful affair.

Although Grey says her feelings towards ex Broderick was all about ‘love’ it seems she didn’t really feel ‘heat’ in a relationship until she crossed paths with Depp.

Opening up: Jennifer Grey is dishing about her hot romance with Johnny Depp in the late eighties… which she describes as being like a ‘f***ing bonfire’

She added: ‘And energetically, what it was like being with [Depp], it was like, “Oh, I’m being totally, totally compensated for the s*** I just went through.”

Depp is currently embroiled in a court battle against his ex-wife Amber Heard, who he is suing for defamation in Fairfax, Virginia.

Grey remembers that it wasn’t long before she and Depp would start dressing similar to one another, as their romance took off.

‘We were twinning, wearing matching leather jackets,’ she recalls. 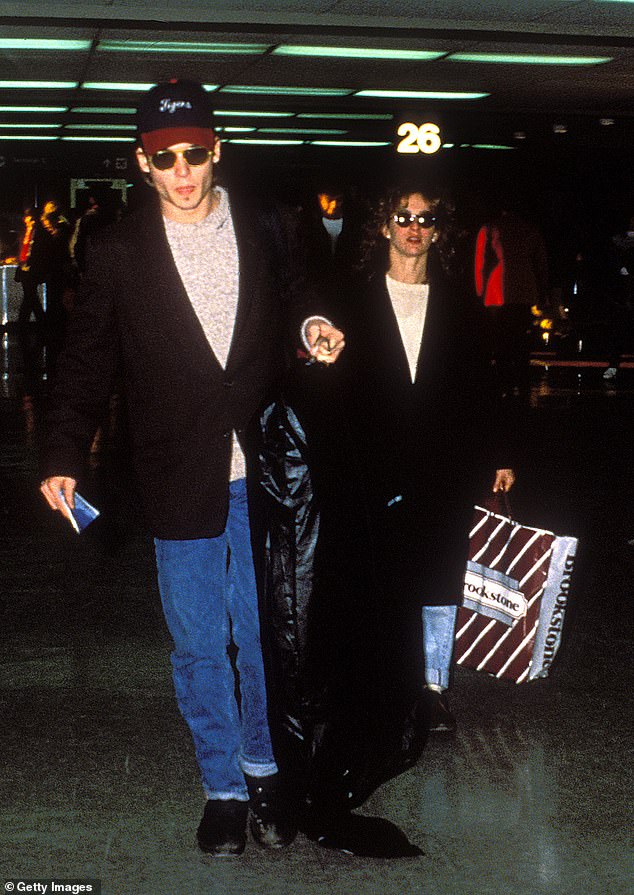 Back in the day: The pair dated for only a year back in 1989, after she had ended her engagement to actor Matthew Broderick – but it turned out to be an impactful affair

Their romance even caught the attention of Madonna, who was friends with Grey at the time. ‘But none of my friends knew who he was, Grey remembers.

Grey has claimed that Madonna was so inspired by her relationship with Depp, that she wrote the lyrics to her 1989 smash Express Yourself.

‘She told me she wrote ‘Express Yourself’ about me breaking up with Matthew,” she told PEOPLE. ‘She played it for me in her car. I was in my log cabin with Johnny and she said, “Come into my car.”‘ 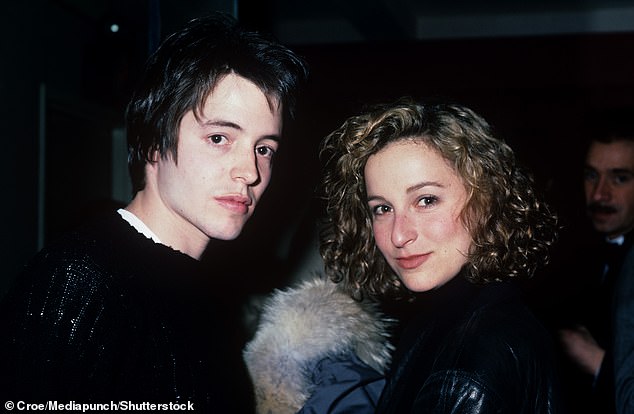 Ex: Jennifer was engaged to Matthew Broderick before she moved on with Johnny Depp in the late eighties

‘And I got in her Mercedes where she had a really good sound system and she was like, “Listen to this song I just did. It’s about you.”

The lyrics to the song certainly seem to mirror Grey’s feelings about leaving Broderick, and there appears to be a reference to her Dirty Dancing character.

‘You deserve the best in life So if the time isn’t right, then move on Second best is never enough You’ll do much better, baby, on your own,’ the lyrics read.

Fans will have to wait to read the book to find out the full details of Grey’s time with both Broderick and then Depp – though she hinted in the interview that it was a rocky time in her life.

In the late eighties, Grey and Broderick were involved in a tragic car accident in Northern Ireland, where Broderick was driving and two people were killed. 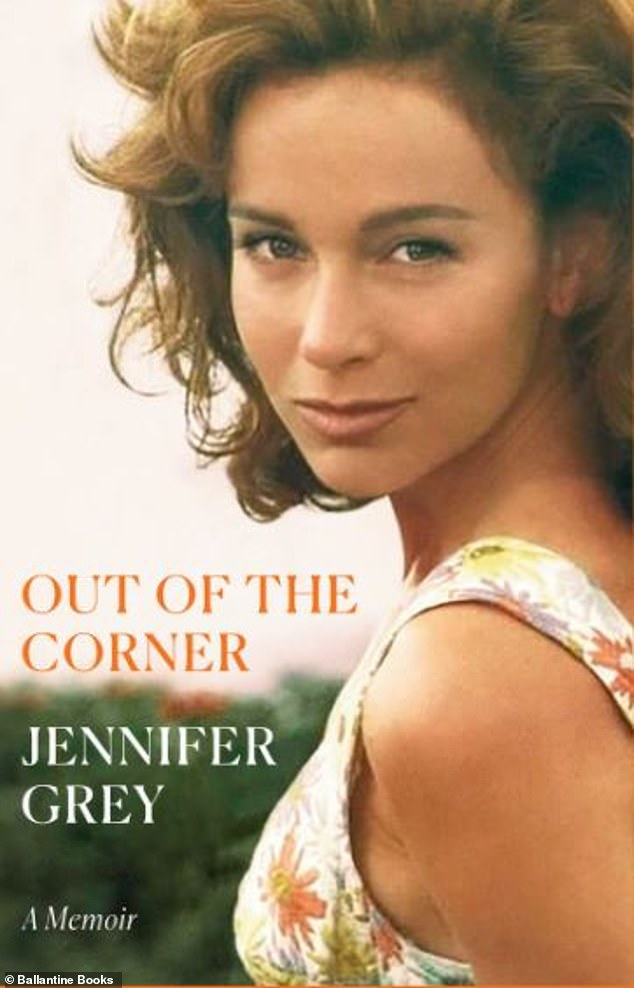 Memories:  Jennifer Gray is opening up about her life in her new memoir, Out of the Corner. In the tome, she revealed it felt ‘like a sniper attack’ when her father was outed as gay to her in the late 1980s

Speaking about it to PEOPLE she revealed: ‘There was some very, very heavy stuff that went down that changed my life forever and there was no one to blame. And many people might think that I’m here to hell some long held secret.’

‘None of that, it’s just we had an accident. It was a pure and simple accident that was tragic. And it had very serious traumatic lasting effects on, I’m sure, Matthew and the family of the other women and me.’

Meanwhile, Grey has also detailed the painful way she learned about her father, Oscar-winning Cabaret star Joel Grey, being gay.

Joel came out as gay in 2015 at the age of 82, but Jennifer found out much earlier in the late ’80s during a conversation with her then-boyfriend Matthew Broderick’s mother, Patricia Broderick.

Choosing to use a homophobic slur to ask whether Grey knew her father was gay, she claims Patricia, a playwright, blurted out: ‘You know your dad’s a f*g.’

‘All I know, all I knew at the time was that it felt like it was a sniper attack. The idea was that I was a fool and that everyone knew but me,’ she told People,

Jennifer said she is unsure of the late playwright’s motive in telling her.