Kaley Cuoco is swearing off marriage.

The 36-year-old actress said in an interview for Glamour magazine’s April cover that another marriage is out of the question after she divorced Karl Cook.

“I will never get married again,” Cuoco said. 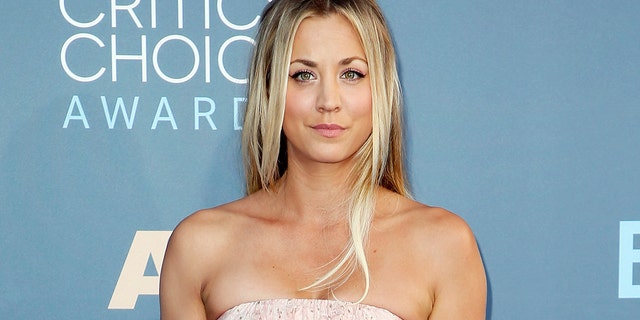 She added to the outlet that she is open to a long-term relationship. But walking down the aisle again is where she’ll draw the line.

“I would love to have a long-lasting relationship or a partnership. But I will never get married again,” Cuoco added. “Absolutely not. You can literally put that on the cover.”

The “Flight Attendant” actress and Cook, 31, announced the news of their split in a joint statement to Fox News Digital in September.

“Despite a deep love and respect for one another, we have realized that our current paths have taken us in opposite directions,” the statement begins. “We have both shared so much of our journey publicly. So while we would prefer to keep this aspect of our personal life private, we wanted to be forthcoming in our truth together. There is no anger or animosity, quite the contrary.

“We have made this decision together through an immense amount of respect and consideration for one another and request that you do the same in understanding that we will not be sharing any additional details or commenting further.”

The “Big Bang Theory” alum and Cook, an equestrian, celebrated three years of marriage in June 2021. They began dating in 2016 and became engaged the following year. They tied the knot in San Diego June 30, 2018.

Cuoco reflected on the day they met in an Instagram post on their three-year anniversary at the time, writing on Instagram, “NY, June 30th, 2016 is the year we met. 2 years to the day before we got married and now 3 years married! Why have you stayed married to me for so long?! I’m sincerely impressed @mrtankcook lol I love you oh so much you have no idea … happy anniversary!!!” 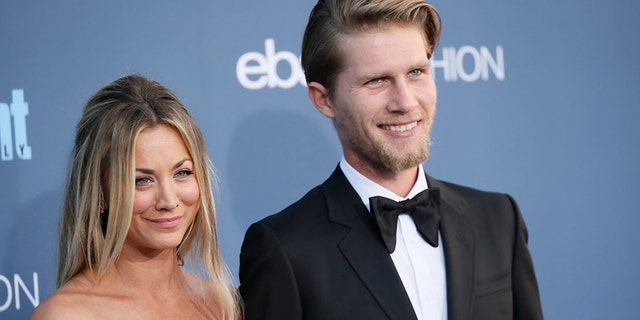 “I agree @kaleycuoco I am just as amazed it’s been been three years, feel like just a flash. I love you so much and I can’t wait for a million more years!!” Cook wrote in his own social media post.

A few days after the couple announced their divorce, Cook asked Cuoco to hand over precious jewels as they hammer out their ongoing divorce.

According to court documents obtained by Fox News, Cook requested that “miscellaneous jewelry and other personal effects” be returned to him in addition to the “earnings and accumulations” he brought into the equation before and during their marriage.

The filing further maintains that the former couple’s “separate property assets” should be split according to their prenup agreement. Cook and Cuoco are reportedly not seeking spousal support, and it appears the they will pay their own attorney fees as they continue working through the kinks of the split. 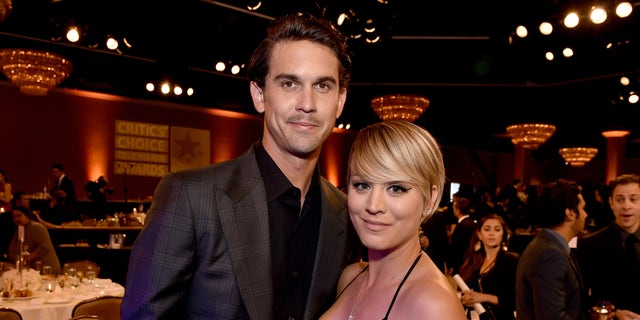 Prior to her marriage to Cook, Cuoco was married to Ryan Sweeting from 2013-2016.
(Kevin Winter/Getty Images for Critics’ Choice Television Awards)

Before Cuoco married Cook, she went through her first divorce with tennis star Ryan Sweeting in 2016. They were married three years before calling it quits.