Kim Kardashian took to the streets of Portofino, Italy Sunday … and she was like a Pied Piper. 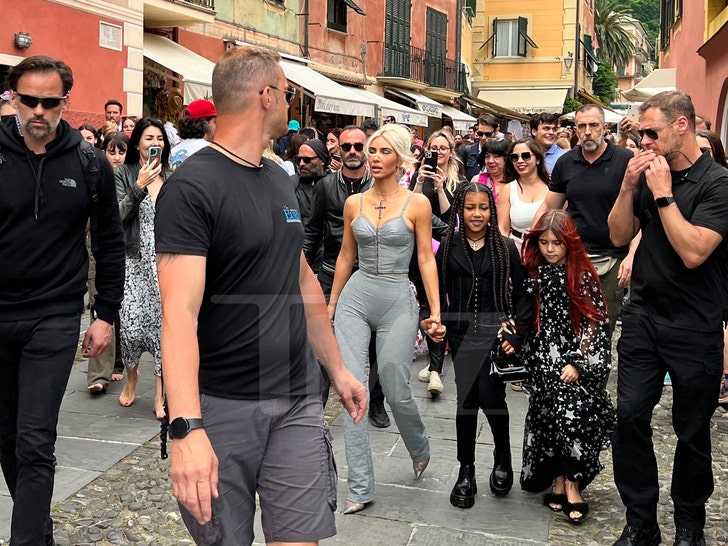 Kim strolled through the streets with North and Penolope, with an entourage — including her glam team — and bodyguards in tow. It’s pretty clear … Italians are at the very least curious about the big fuss over the Kardashians. 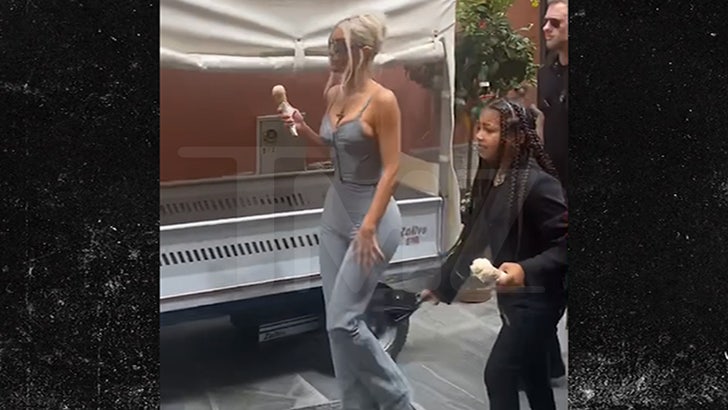 They were on the hunt for gelato and did a little shopping in the process.

Kim’s in town for sister Kourtney‘s 3rd wedding ceremony. Most of the fam is there, including Kylie, Kendall and Kris. 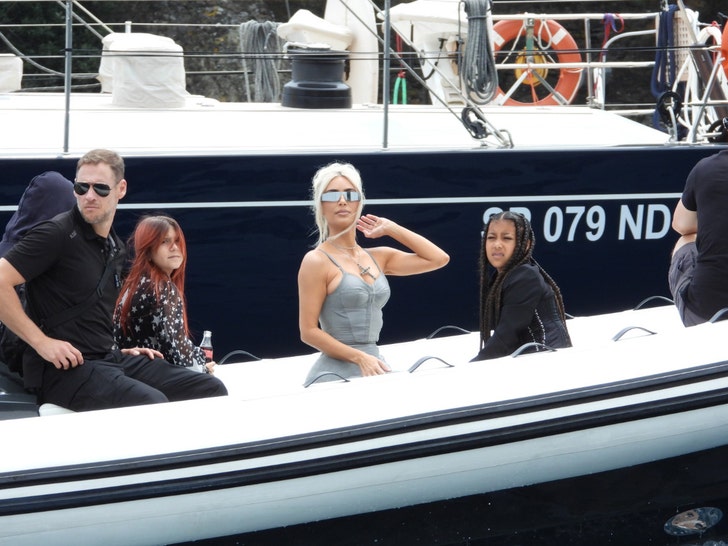 She jumped on a boat with North, presumably to get ready for the nuptials.

What we don’t know … is it possible Pete will jump on a plane and make it in time for the nuptials? He signed off ‘SNL’ for good Saturday night, and he could have jetted off in the middle of the night … but we don’t know.

Kourtney and Travis‘ ceremony will go down in a pretty spectacular castle.

Congrats … for the third time, already!