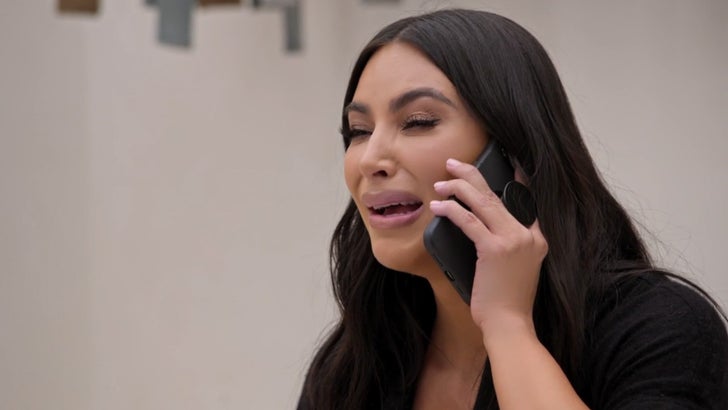 Kim Kardashian is using the full force of her celebrity to ensure another sex tape isn’t released — we knew that — but now we hear her on the phone with her lawyer, and, well, she’s pretty graphic about foreign objects and whatnot.

The convo between Kim and legal pit bull Marty Singer is there for all to hear on the debut of “The Kardashians” on Hulu, and Kim clearly means business. 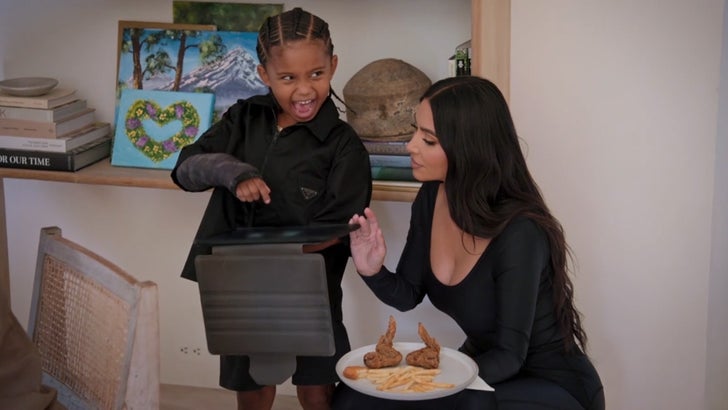 The trigger for the emotional conversations is Saint seeing a meme on a videogame touting a new KK sex tape. As we’ve already reported, she says she’s 99% sure there’s no new footage from her encounter with Ray J, but there’s a level of uncertainty. She says, “What if I was f***ing sleeping and he stuck a d***o up my ass? I don’t know.”

Kim asks Marty to “scare the s**t out of Ray J’s manager … mostly to protect her kids.

What’s especially interesting … Kim is on the phone with Kanye as she bemoans the situation, and it seems he provides her a measure of comfort.

She says during the episode, “For 20 years this has been held over my head, of this mistake, or is it a mistake? This was my boyfriend of years. We go on a trip, we film a video. It’s embarrassing for me to be out there, but it’s not the most scandalous thing and I’m not going to be made to feel this way. I’m just human.”