There was a scary reminder of the Astroworld tragedy Saturday night in Vegas, when a stampede erupted after people thought they heard gunshots, and several people were trampled.

The Las Vegas Metropolitan Police Department tells TMZ … “Shortly after 10 PM, gunfire was reportedly heard near the site of the Lovers & Friends Festival, causing a large group of attendees to exit the venue. At this time, there is no evidence of a shooting and the initial report has been deemed unfounded. Three people were transported to a local hospital with minor injuries. The show has since resumed.” 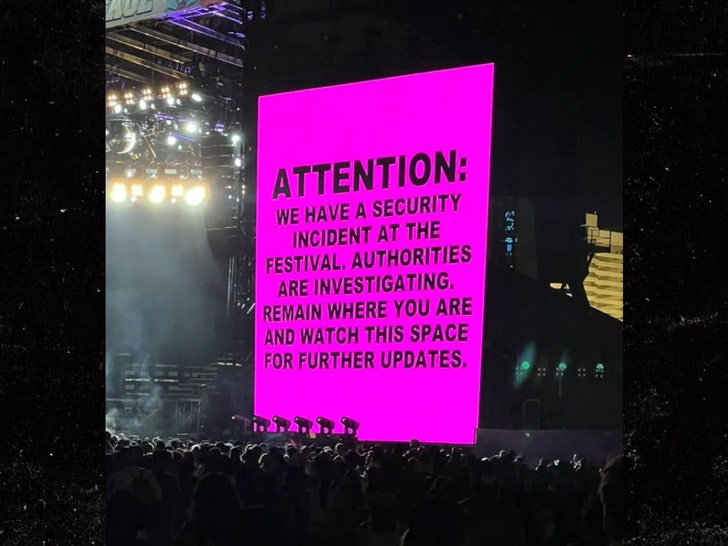 The show was part of the Lovers & Friends Festival, a weekend event courtesy of Live Nation. It went down at the Las Vegas Festival Grounds. Performers included Lauryn Hill, Ludacris, Lil Jon, Mario, Monica, and TLC.

False alarm confirmed. Usher is on stage singing and giving out Usher Bucks. Everything is right with the world. #LoversAndFriendsFest pic.twitter.com/DfZbk3tkjj

It was bedlam at around 10:30 PM, after people thought they heard gunshots. Thousands of fans beelined it for an exit, and some ended up on the ground getting stomped.

Security paused the concert and it resumed a short time later.

Several people were taken to the hospital. Their condition is not known at the time of this post.