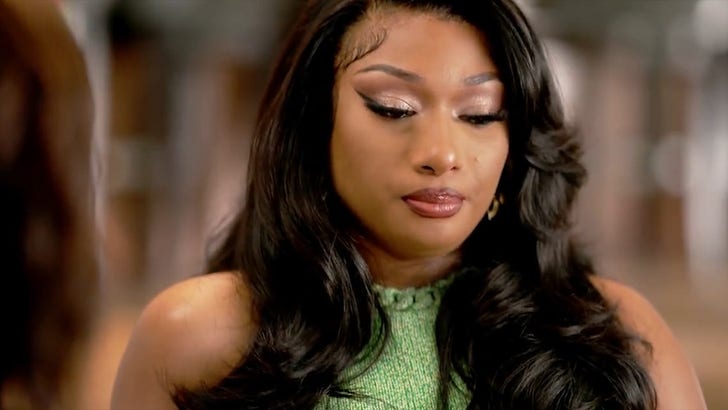 Megan Thee Stallion is doing her first sit-down interview to talk about what happened with Tory Lanez — and so far, it sounds like an emotional story.

The rapper is going to get in the weeds about what she claims happened Monday morning with Gayle King, and on Sunday … CBS aired a portion of MTS’s remarks, which show her getting incredibly teary-eyed as she recounts the alleged blow-by-blow.

In her own words, Meg says there were 3 of them in the car that night — and that the other two people, including TL, didn’t want to leave whatever party they were at … but she did.

Sounds like Megan got out of the vehicle, at which point … she claims Tory fired a gun in her direction from the car, allegedly saying “Dance, bitch.” Megan says she was terrified to misstep because she thought she’d get shot, and breaks down to Gayle remembering it.

As you know … Tory’s been charged in connection to her injuries — shrapnel being lodged into her feet — although he’s pled not guilty and denied wrongdoing. We haven’t really heard his side of the story in great detail, and probably won’t until their trial starts in September.

Tory’s been banned from talking about the case and from addressing Meg directly — so he won’t be able to speak as freely as she is here until his day in court comes around. He’s already gotten in trouble for this once in recent weeks … so he’ll have to zip it for a while.