‘I’ve been dealing with that forever’: Millie Bobby Brown admits she receives more sexualised comments since turning 18 as she reflects on feeling ‘overwhelmed’ as a child star

By Laura Fox For Mailonline

The Stranger Things star, who turned 18 in February, admitted that she’s been ‘dealing with that more’ since she reached the milestone.

Speaking on The Guilty Feminist podcast, Millie also detailed the challenges of growing up in the public eye, confessing she no longer shares anything personal online because she only shares things she ‘wants to put out in the world.’ 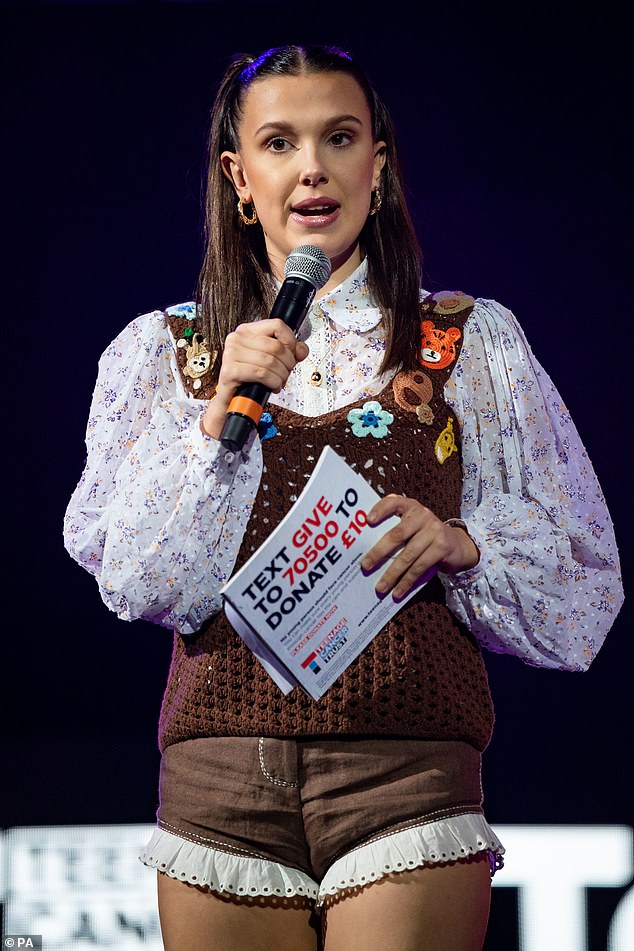 Discussing receiving sexualised comments online, Millie said: ‘I have definitely been dealing with that more in the last couple weeks of turning 18.’

The star added that her own experience is no different to any other 18-year-old, and it can be ‘overwhelming.’ 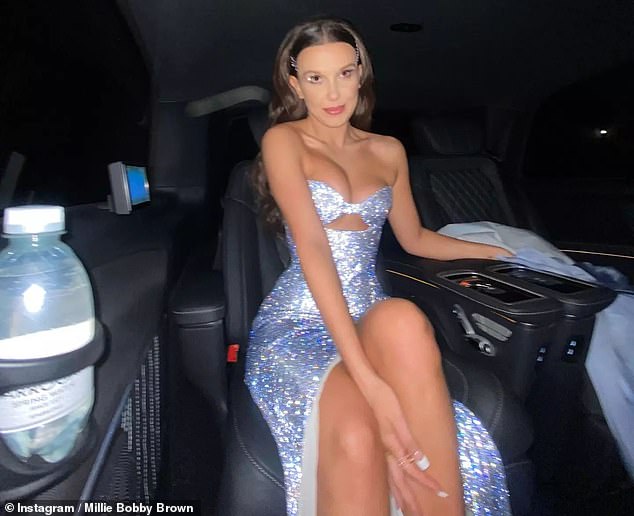 She continued: ‘I deal with the same things any 18-year-old is dealing with. Navigating being an adult and having relationships and friendships, and it’s all of those things.

‘Being liked and trying to fit in, it’s all a lot, and you’re trying to [know] yourself while doing that. The only difference is obviously I’m doing that in the public eye. It can be really overwhelming.’

Millie added that she no longer share any personal information on social media, and she prefers to use her platform as a force for good.

‘I’m not posting anything personal anymore. You’re not gonna see that part of me. You get to see the things I choose to put out in the world,’ she said.

‘I hope if there’s a 12-year-old that’s told Instagram they’re 18, and they’ve created an account, they’re going on my account and they’re not being exploited to the horrible world that’s out there.’ 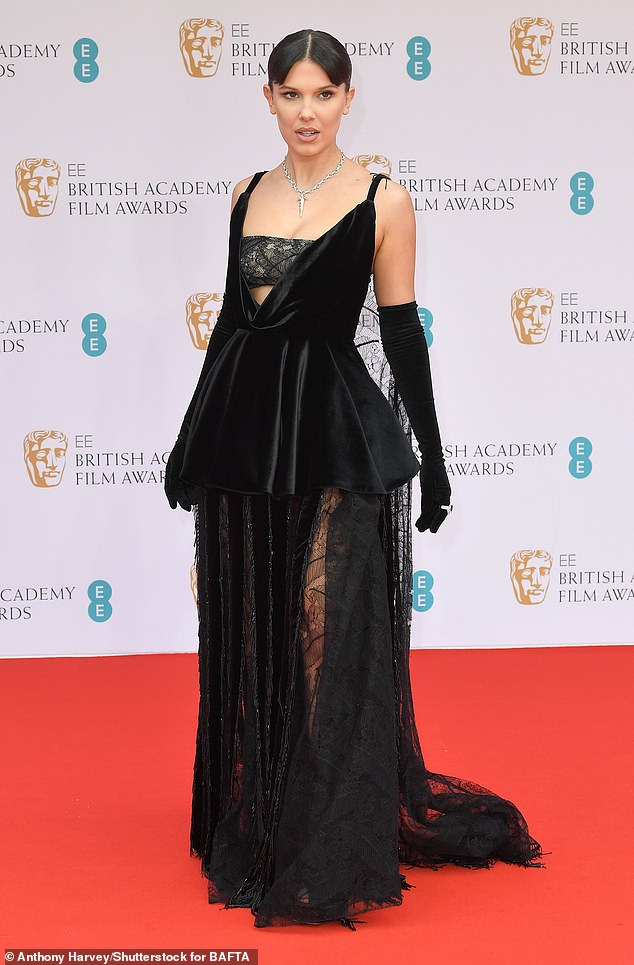 Open: Millie (pictured last month) added that she no longer share any personal information on social media, and she prefers to use her platform as a force for good

Sharing her dislike for social media, Millie added: ‘I think social media is the worst place of all time.’

In 2020 Millie shared an Instagram video detailing the insecurities she’s suffered from due to the negative comments she receives online.

‘Our world needs kindness and support in order for us children to grow and succeed,’ she said.

‘There are moments I get frustrated from the inaccuracy, inappropriate comments, sexualization and unnecessary insults that ultimately have resulted in pain and insecurity for me.

‘I hope this video informs you on the things that go on behind the scenes of the headlines and flashing lights. don’t worry I’ll always find a way to smile.’

Millie is set to reprise her role as the telepath Eleven in Stranger Things’ much-anticipated fourth series, which is set for release on May 27. 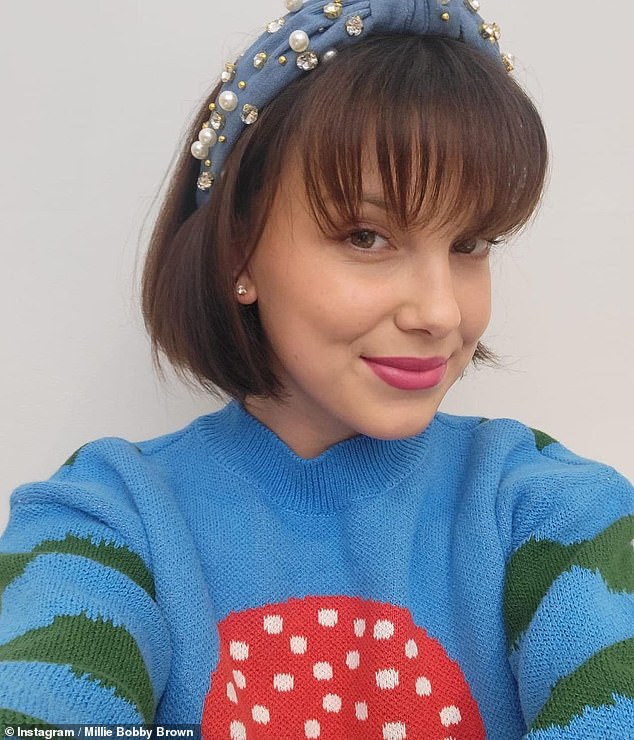 Ordeal: In 2020 Millie shared an Instagram video detailing the insecurities she’s suffered from due to the negative comments she receives online