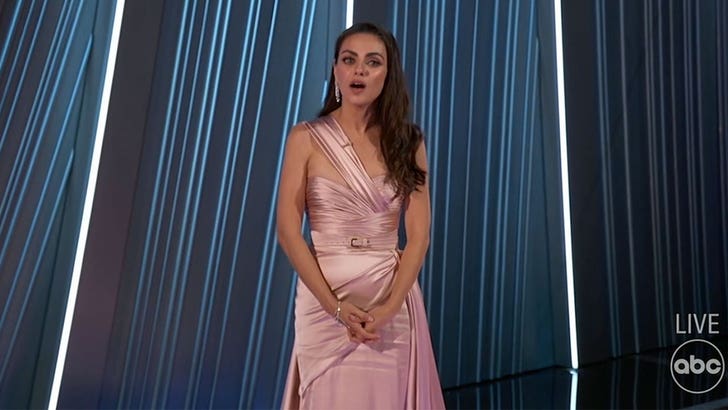 The Ukrainian war is certainly top of mind for just about everybody these days — but, for some reason, the Academy Awards apparently decided to kinda gloss over the issue.

We’re almost two hours into the broadcast, and so far … there’s been minimal mention of the conflict in Europe, save for a brief moment when Mila Kunis came on to introduce Reba McEntire, who performed ‘Somehow You Do,’ which is up for Best Original Song. 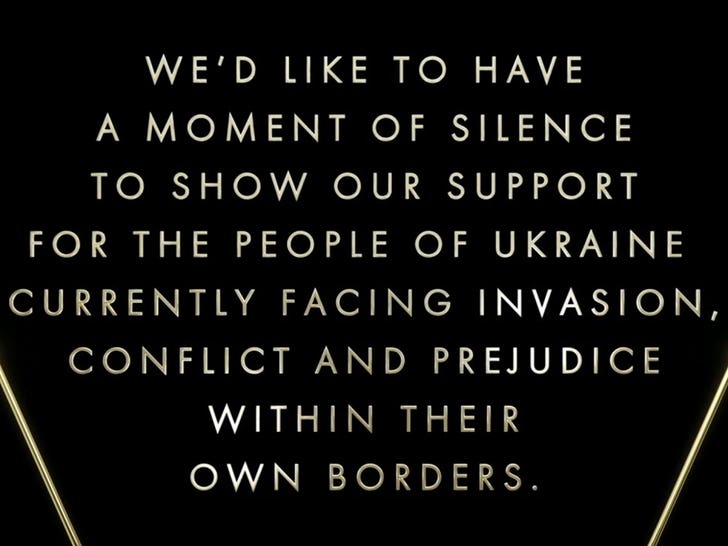 Before tossing it to Reba, Mila said … “Recent global events have left many of us feeling gutted. Yet, when you witness the strength and dignity of those facing such devastation, it’s impossible to not be moved by their resilience.”

She added, “One cannot help but be in awe of those who find strength to keep fighting through unimaginable darkness.” MK then said Reba’s song was a testament to that, but strangely enough … she nor anyone else on stage ever said the words “Ukraine” or “Russia.” 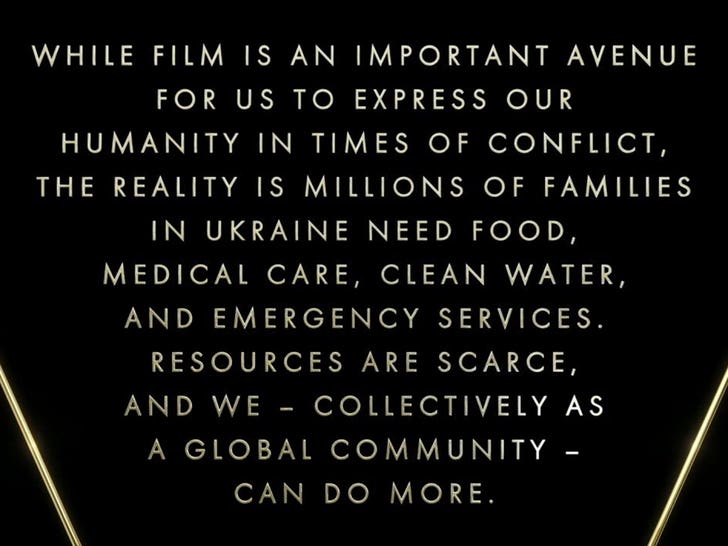 That’s a bit bizarre … especially considering that Mila herself is Ukrainian, and has been raising a lot of money lately for the cause.

After the performance, the Oscars held a moment of silence with some title cards that spoke directly to Ukraine. Their message read, in part, “While film is in an important avenue to express our humanity in times of conflict, the reality is millions of families in Ukraine need food, medical care, clean water, and emergency services,” calling on the world to do more. 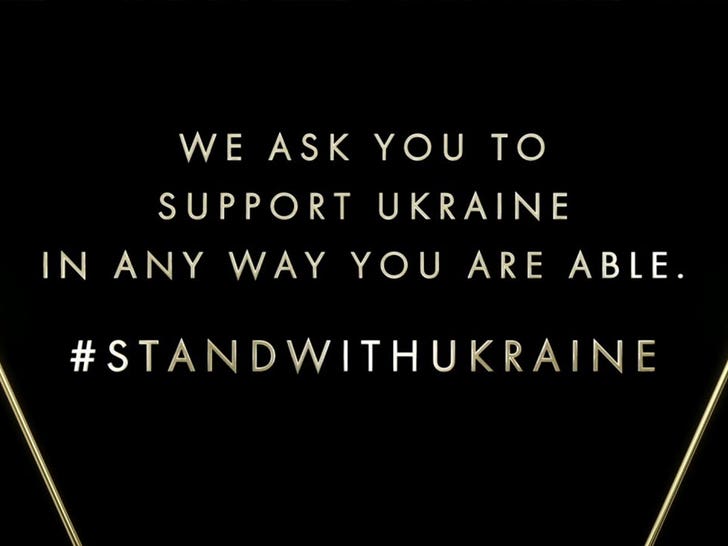 A crypto ad then played right afterward giving folks a website to chip in — but they refrained from showing any images of the war or the devastation.

This is an interesting choice … you’ll recall, Amy Schumer actually floated the idea of having Volodymyr Zelensky beam in to say a few words — but it doesn’t sound like they went for her idea.

Rather than fully lean in like she suggested … it seems, so far, that they’re doing the exact opposite … steering relatively clear of Ukraine talk. Of course, there’s still a long way to go — so perhaps they’ll have a more robust show of support later in the telecast.