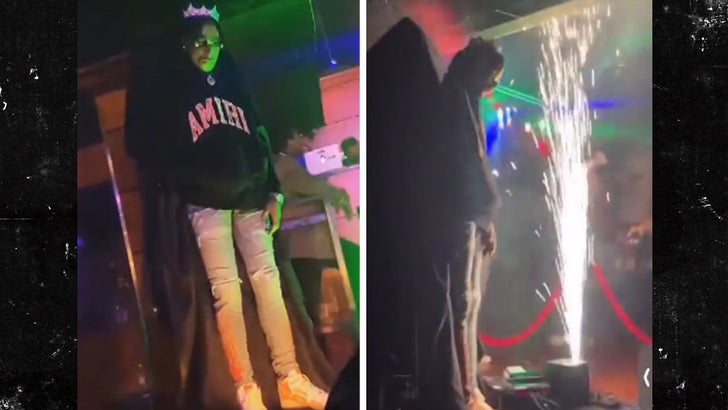 Rapper Goonew‘s family thinks those criticizing the memorial service for the artist, where his dead body was propped up on stage at a D.C. nightclub, is nobody else’s business … because the service went down exactly as he would’ve wanted it.

The artist’s mother and sister, Patrice and Ariana Morrow, tell TMZ … when they first met with the funeral home, Patrice made it clear she didn’t want anyone looking down on her son. They wanted him to be propped up on display after seeing other services do something similar. 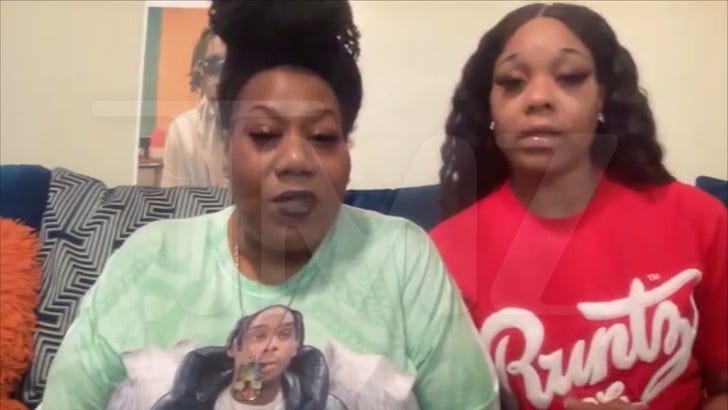 The crown on his head was the funeral home’s idea … because he was known as the “King of Maryland.” His family says he was the life of the party and loved to have fun, so they knew he wouldn’t have wanted a somber funeral.

Prior to Goonew’s death, Ariana says her brother made it clear he did not want to be buried in a suit. The family tells us the 24-year-old rapper didn’t go to church, which would’ve made a casket and being dressed in a suit come off as phony. They decided to dress him in his regular clothes, making him appear as he would’ve if he were still alive.

His family says they’ve received tons of love and support from those who knew the former DMV rapper. Following the service, he was taken by horse-drawn carriage through his neighborhood, before being buried at the cemetery.

As we reported, Goonew’s memorial service at Bliss Nightclub in D.C., went down Sunday night … getting mixed reviews from the crowd. The club has apologized for what went down, and claimed they had no idea his body would be on display.