Selena Gomez pokes fun at her love life as she puts her cleavage and new bangs on display in silly TikTok video: ‘Maybe this is why I’m single’

By Christine Rendon For Dailymail.com

The actress, 29, looked stunning as she joked about being single with her cleavage and new bangs on display.

Selena lip synced along to a popular TikTok track in which a man attempted to ‘holla at’ a skeptical woman. 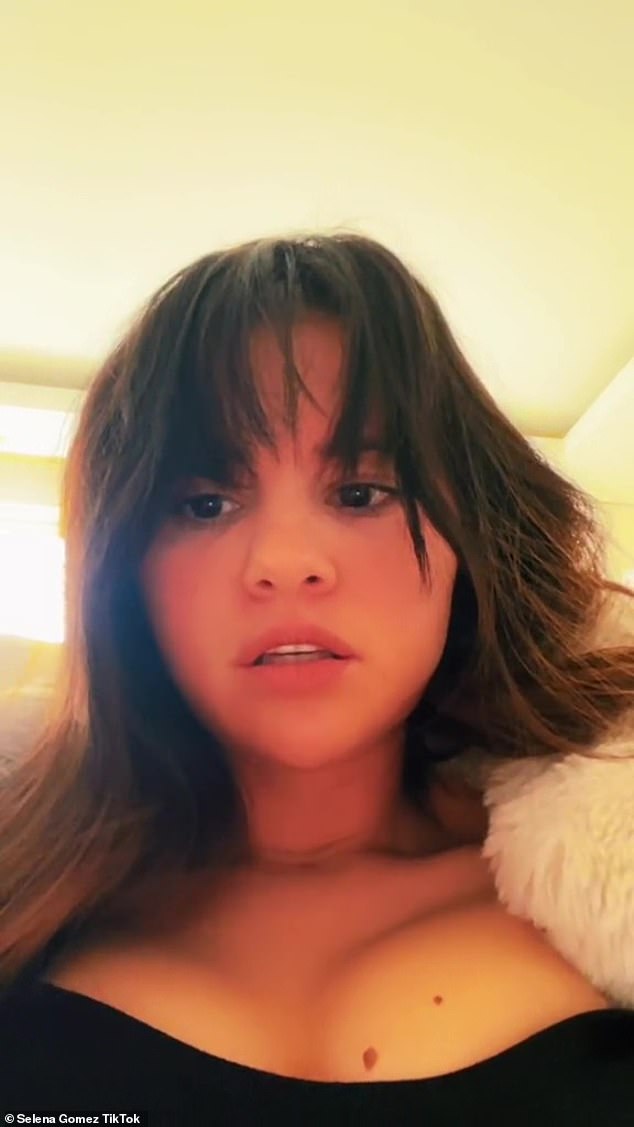 ‘Holla at me for what?’ Selena Gomez poked fun at her love life in a silly new TikTok video posted Thursday

‘I’m just really trying to holla at you for real for real,’ the man told the woman.

‘Holla at me for what?’ Selena lip synced.

‘You said what?’ The man asked.

‘Holla at me for what!?’ The woman repeats in a sterner tone. 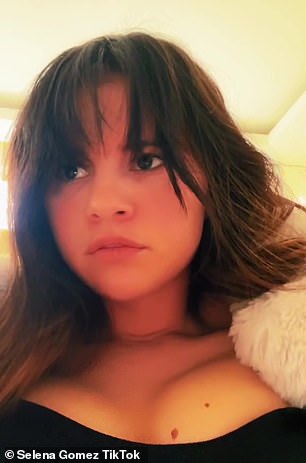 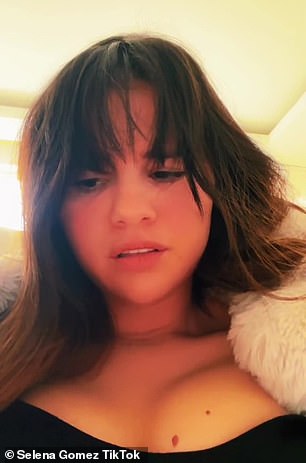 ‘That’s cute’: The skeptical woman said sarcastically as she was getting hit on

‘I mean, you’re pretty, you’ve got a nice smile, I love your personality,’ the man continues.

As the man lists off her traits, Selena looks cynical and raises an eyebrow.

‘That’s cute,’ the woman says sarcastically at the end.

‘Maybe this is why I’m single,’ Selena captioned the post. ‘Don’t believe a d*mn word,’ she said, along with a crying and laughing-crying emoji. 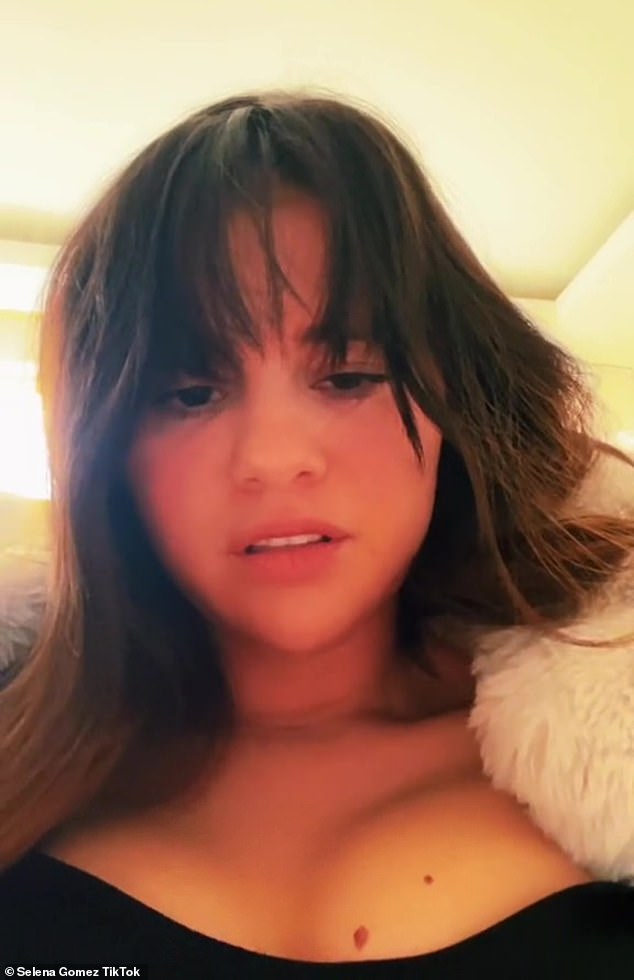 ‘Maybe this is why I’m single’: Gomez joked in the caption of the post

Gomez has been the subject of intense media speculation regarding her love life.

The Wolves singer was previously dating on-and-off beau Justin Bieber from 2011 until 2016 as well as The Weeknd for nearly a year before splitting in 2017, and then was briefly linked to Niall Horan in 2019.

In 2020, she sparked dating rumors with NBA star Jimmy Butler.

‘Selena has enjoyed hanging out with Jimmy, but she is keeping her options open in terms of guys,’ a source told Entertainment Tonight at the time. 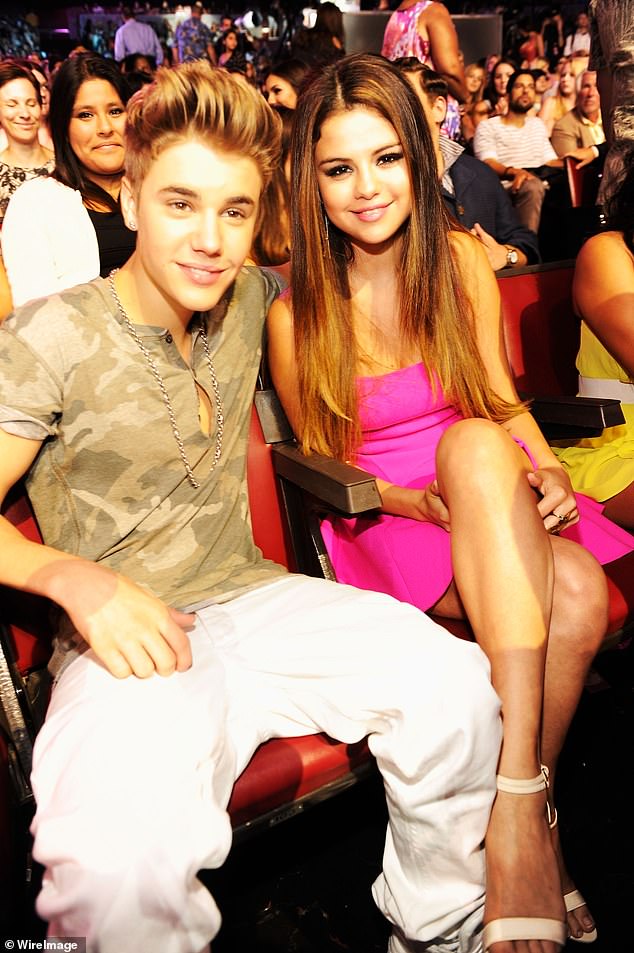 ‘She is comfortable dating, but also comfortable being single. She’s not rushing into anything whatsoever,’ the insider added.

Selena gave a raw assessment of her past relationships in an interview with Vogue Australia last year.

While she didn’t call out any exes by name, Selena said she believes her past relationships were ‘cursed’ and that she ‘never felt equal’ to a romantic partner. 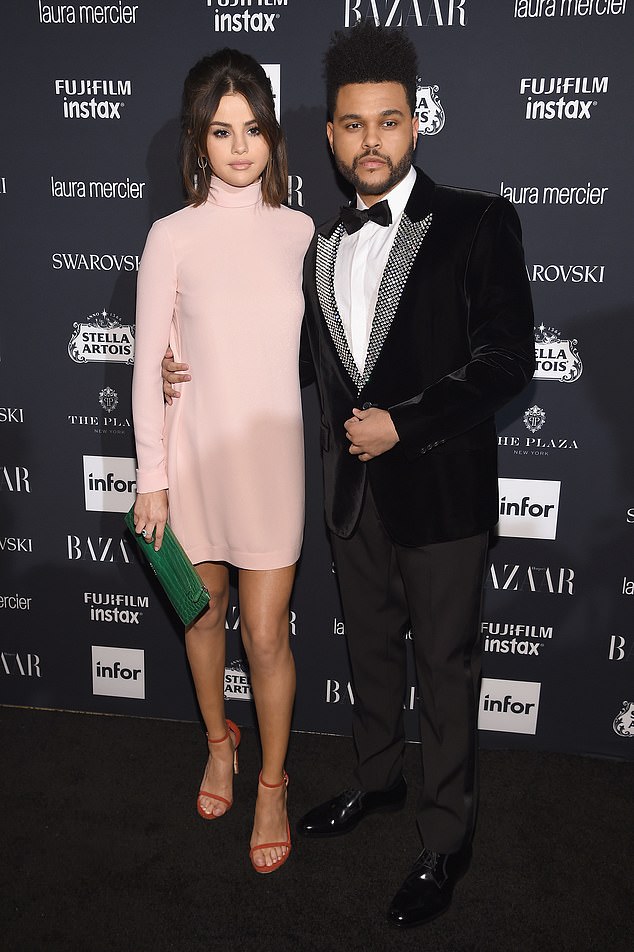 That was then: Gomez also dated The Weeknd for nearly a year before splitting in 2017

The former Disney star went on to explain why she titled her 2020 album and makeup line Rare, confirming the word has a sentimental meaning for her.

‘I guess I needed to find what was that word for me, because I felt so less than in past relationships, and never really felt equal,’ she added. 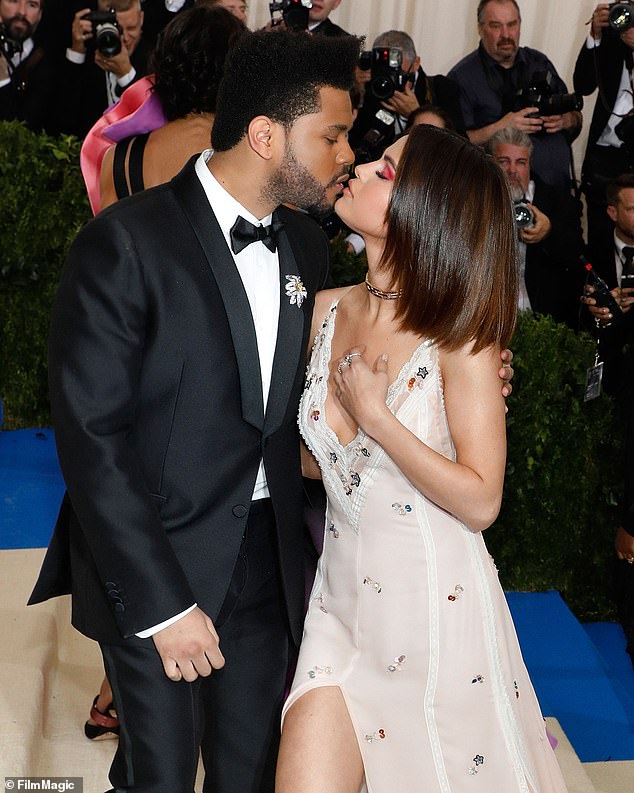 The ex factor: Gomez pictured attending the Met Gala in 2017 with the Blinding Lights singer