Tiger King’s Joe Exotic has revealed why he filed for divorce from Dillon Passage days ago, citing a new love interest whom he hopes to marry.

Joe’s lawyer Autumn Blackledge told TMZ that the Netflix personality has been seeing a man named John Graham as he serves a 22-year sentence for plotting to kill his nemesis Carole Baskin.

The former zookeeper, 59, reportedly said about the situation, ‘God works in amazing ways.’ 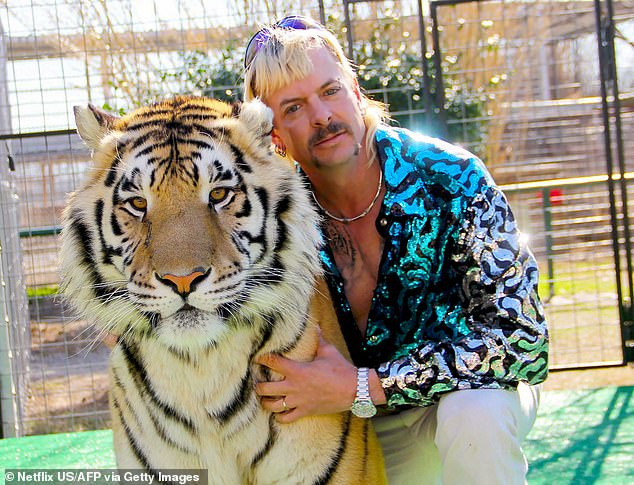 Moving on: Tiger King’s Joe Exotic has revealed why he filed for divorce from Dillon Passage days ago, citing a new love interest whom he hopes to marry, according to TMZ

Joe and John originally met more than a year ago in February 2021 at FMC Forth Worth in Texas.

John was released last month on March 15, after serving most of his 12-year sentence for burglary and possession of a firearm. He was sentenced in 2012.

If they wed, the marriage will be Joe’s third. He was formerly married to Travis Maldonado before he accidentally shot and killed himself in 2017.

The former animal trainer is hoping he and his ex, 25, ‘can both move on with their lives and divorce quickly and amicably,’ Blackledge told TMZ. 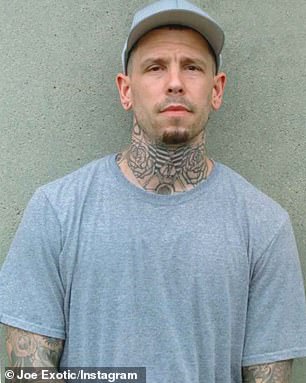 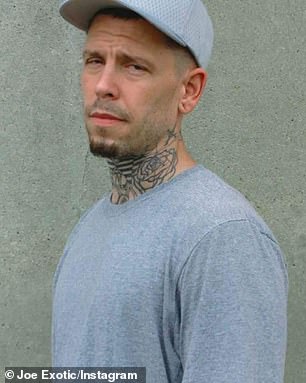 New interest: Joe’s lawyer Autumn Blackledge said the Netflix personality has been seeing a man named John Graham, whom he met behind bars 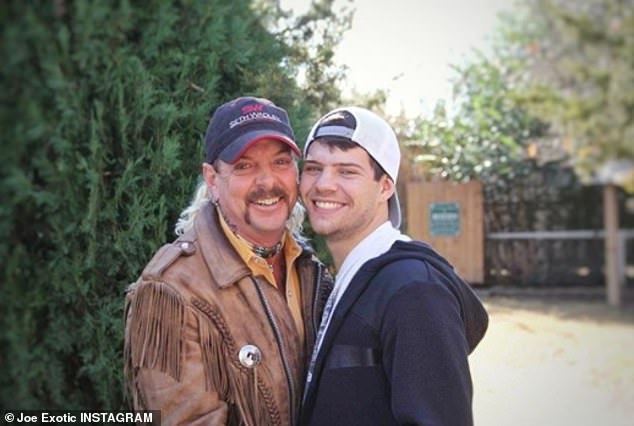 The news comes a year after the bartender reportedly pulled the plug on their four-year marriage via a phone call to the Fort Worth, Texas prison.

At the time, Exotic (full name: Joseph Allen Maldonado-Passage) was said to be heartbroken and ‘considering rushing to file a petition to divorce in order to beat Passage.’

A source claimed the star emailed a friend while fresh from the phone call, telling them he felt ‘abandoned and alone and just wanted to mean something to someone,’ per TMZ.

Though the past owner of the Greater Wynnewood Exotic Animal Park appeared upset about the split, Dillon said, at the time, that there are no hard feelings and he will still support Joe through his prison sentence. 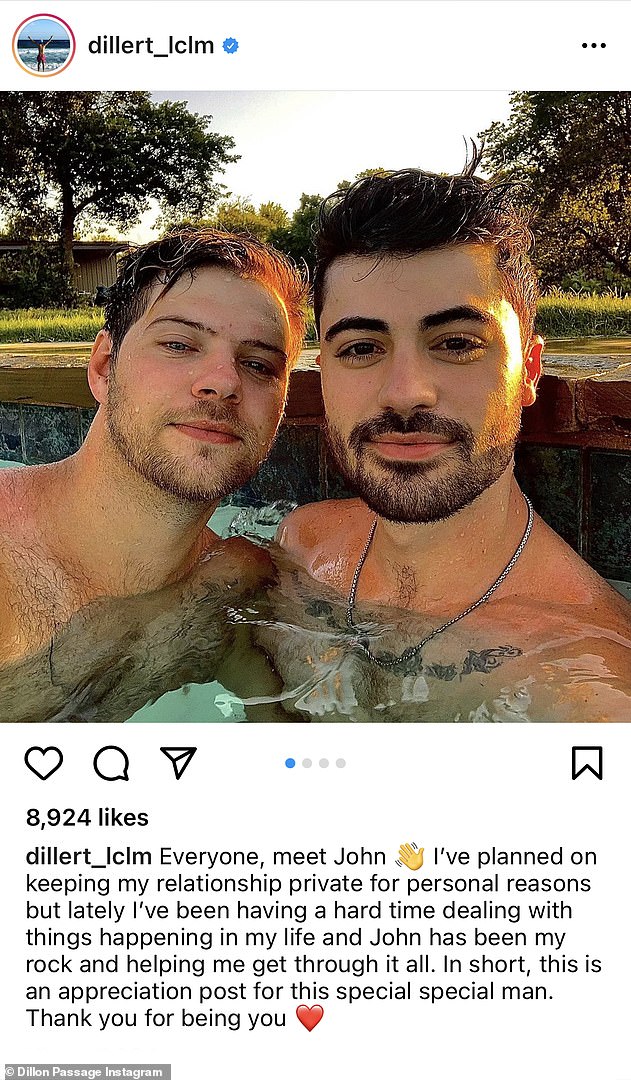 The latest: Joe Exotic’s ex Passage (L) revealed on Instagram in July 2021 that he’s in a new relationship with a man named John

Passage reportedly called it quits with Joe because he grew lonely during his husband’s time behind bars and wanted to date again.

In July 2021, he posted a picture of his new boyfriend John, who he called his ‘rock’ and said has helped him ‘get through it all’ during some ‘hard’ times.

Four months prior, Passage detailed his and Joe Exotic’s breakup in a social media post, which read, ‘To answer the main question the public wants to know, yes, Joe and I are seeking a divorce. 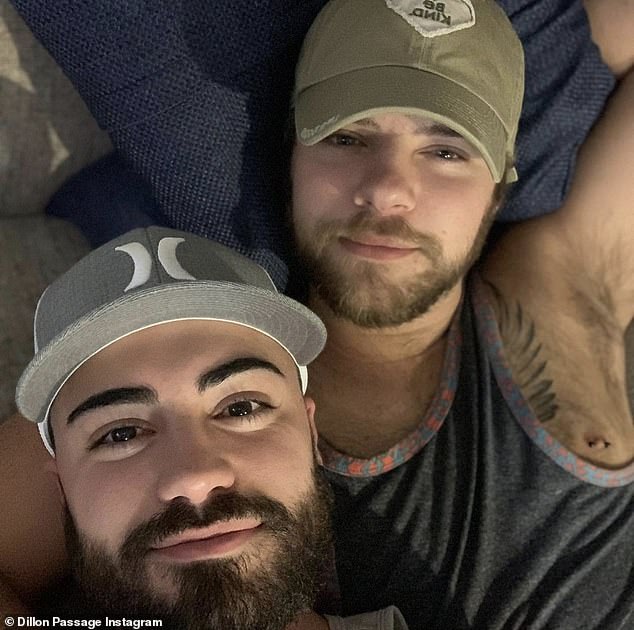 Moving on: At the time, Passage said of his new beau, ‘John has been my rock and helping me get through it all’

‘This wasn’t an easy decision to make but Joe and I both understand that this situation isn’t fair to either of us. It’s something that neither of us were expecting but we are going to take it day by day.’

Passage said he would ‘continue to have Joe in [his] life and do [his] best to support him while he undergoes further legal battles to better his situation.’ 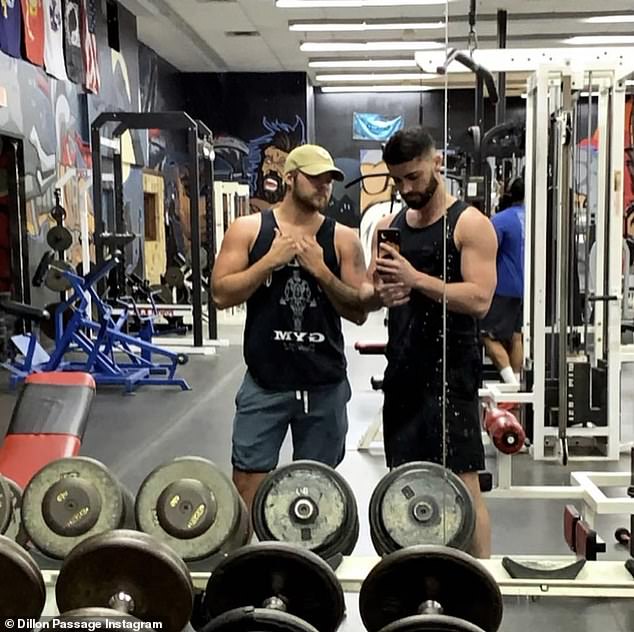 Pumping up: Passage shared a shot of himself and John working out on social media

Authorities said Exotic in December 2017 attempted to bribe an FBI agent to murder Baskin, and was recorded saying, ‘Just like follow her into a mall parking lot and just cap her and drive off.’

Exotic was also convicted in connection with numerous wildlife law violations in the deaths of five tigers, and infractions of the Endangered Species Act.

He found fast fame while incarcerated amid the release of the popular Netflix doc Tiger King: Murder, Mayhem and Madness.