The folk-rap group are runaway favorites in the betting markets and their presence at the tournament has captured the imagination of fans from every competing country.

“As we speak, our country and our culture is under threat. But we want to show that we are alive, Ukrainian culture is alive, it is unique, diverse, and beautiful,” Oleg Psyuk, the band’s front man, told CNN.

“This is our way to be useful to our country,” he said.

At first sight, the six-piece group seem to slot in comfortably with dozens of their more eccentric Eurovision brethren.

Most members wear elaborate national dress, with rapper Psyuk also sporting a pink bucket hat. One member is so submerged by patterned embroidery that only his mouth is visible, while the group’s double bassist comes dressed as a ball of yarn.

But getting Kalush Orchestra to the Eurovision stage took some doing, and their journey is deeply interwoven with the war at home.

The band initially finished second in Ukraine’s national selection competition, but they were elevated after it emerged the winner had previously traveled to Russian-annexed Crimea. They were unveiled as the country’s entry on February 22, two days before Russian troops invaded Ukraine. 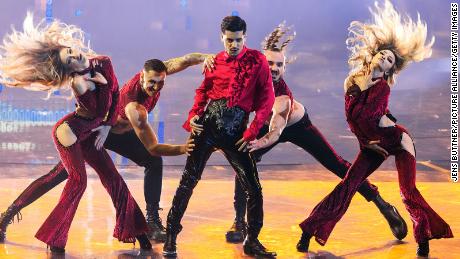 “All members of the group are somehow involved in the defense of the country,” Psyuk told CNN via email.

One member, Vlad Kurochka, joined the territorial defense and is fighting on the front line, meaning a late replacement was needed for the contest. Psyuk, meanwhile, volunteers to find internally displaced Ukrainians shelter and organizes the transportation of food and medicines.

The backdrop of conflict complicated preparations for Eurovision. The group were forced to rehearse virtually until they were finally able to meet in Lviv after weeks of war.

And their song has taken on new meaning. “Stefania,” sung in Ukrainian, is a tribute to Psyuk’s mother, who still lives in the western city of Kalush from which the band takes its name. “On some days there are rockets flying over people’s houses and it is like a lottery — no one knows where it will hit,” Psyuk told CNN.

Organizers banned Russia from the contest in February, 24 hours after an initial, widely criticized decision to allow it to take part. The European Broadcasting Union concluded that the country’s presence “would bring the competition into disrepute.” 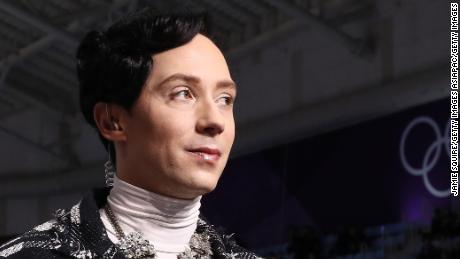 Belarus, which aided Moscow’s invasion, had already been suspended due to the suppression of media freedom in the country.

Kalush, meanwhile, sailed through Tuesday’s semifinal and elicited wild cheers from the crowd when they came onstage. Eurovision is notoriously difficult to predict, given its point system relies both on jury verdicts and public voting from dozens of countries, but Kalush seem a safe bet to take this year’s crown.

A Ukrainian victory would mean the country had the right to host next year’s contest — but it is far from certain that such an event would be possible in Ukraine next May.

Psyuk, though, is optimistic. “We believe in our song … it has become a song about the motherland,” he said.

“If it turns out that we will win, Eurovision 2023 will be held in Ukraine. In a new, integral Ukraine … a rebuilt, prosperous, happy country.” 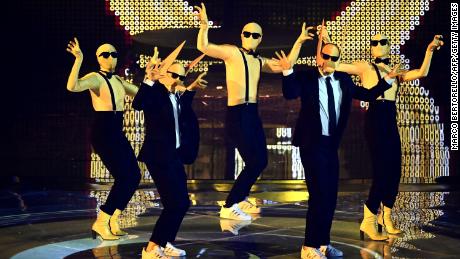 Kalush Orchestra are joining a typically ragtag group of national competitors at this year’s contest, and while they are the clear favorites to triumph, a number of other artists have managed to get Europe talking in the build-up.

Italy could clinch the crown for a second consecutive year if hometown heroes Mahmood and Blanco deliver. Both are successful artists in the country; now they’re joining forces to emulate Maneskin, the punk rockers who won in an upset last year.

Subwoolfer, Norway’s enigmatic electro duo, have also attracted buzz with their entry “Give That Wolf a Banana.”

The pair claim they were formed on the moon 4.5 billion years ago and never remove their yellow canine masks. They most closely resemble a TikTok-ified Daft Punk, had the legendary French pair hired David Lynch as their artistic director and hit the kids’ parties circuit.

Less “out there” are entries from Sweden, Poland and Greece — all three have brought ballads to the table that are sure to interest the national juries.

And here are some words this seasoned Eurovision reporter never thought he’d type: The United Kingdom might win this year. 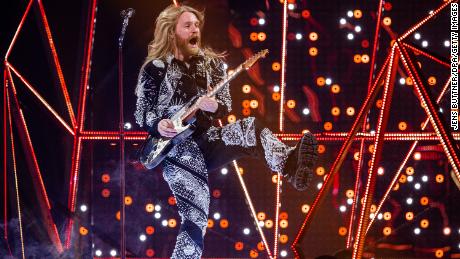 That’s right — the nation that has, in the past decade, sent what remains of Bonnie Tyler and Engelbert Humperdinck to compete with Europe’s up-and-comers has reluctantly accepted that modernity is not just a passing fad, turning to a TikTok sensation in a play for Europe’s under-65 demographic.

Sam Ryder’s “Space Man” is an unusually strong British entry that takes inspiration from Elton John and Ziggy Stardust-era Bowie, and some bookmakers give only Ukraine better odds to win.

But the track relies heavily on the remarkable vocal acrobatics that helped Ryder go viral during the early days of the pandemic — so he can’t afford an off-night if he’s to break the UK’s 25-year Eurovision curse.

The best (and worst) of the rest

Italy is hoping to put on a show on Saturday night, to mark the first post-Covid Eurovision in front of a full audience. The 2020 edition was canceled, and last year’s took place with crowd restrictions.

That competition marked the release of two years’ worth of suppressed weirdness, and the tone of this contest is somewhat more traditional by comparison. But this is still Eurovision, and it is still weird — so casual viewers tuning in exclusively to shake their heads and tut won’t be let down.

Already eliminated are Latvia, whose environmentally conscious anthem “Eat Your Salad” began with the line “I don’t eat meat, I eat veggies and p*ssy.” Organizers unsurprisingly asked them to skip over the feline allusions, and in doing so wiped away the song’s only interesting feature. 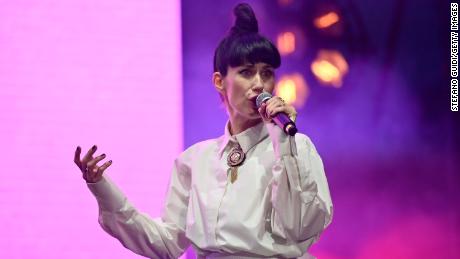 Serbia’s Konstrakta begins her entry, “In Corpore Sano,” with the question keeping us all up at night: “What could be the secret of Meghan Markle’s healthy hair?” Then she sort of just … keeps going with that theme. “What could it be?” Konstrakta sings in her native tongue. “I think it’s all about the deep hydration.”

Last year, the landlocked micronation of San Marino inexplicably included Flo Rida in their song, and then forced the bemused rapper to sit and watch as the people of Europe successively shrugged at his waning star power, dumping the country to a fourth-from-bottom finish.

This year, Achille Lauro — a man who takes his stage name from a famously hijacked cruise ship — picks up the mantle for the smallest country in the competition. With a tattooed, androgynous aesthetic and lyrics that liken his heart to a sex toy, Lauro is probably the bad boy of Eurovision 2022. (Though he’s still got a way to go to beat last year’s winners, who were ultimately cleared of taking cocaine on air following a viral video that sparked an investigation by organizers.)

Other long shots worth your time include Stefan, Estonia’s answer to Johnny Cash. He’s played up the Western theme in his music video, and though his Eastwoodian credentials extend about as far as being able to wear a poncho and stare somberly into the middle distance, his throaty vocals and catchy chorus could trouble the frontrunners. 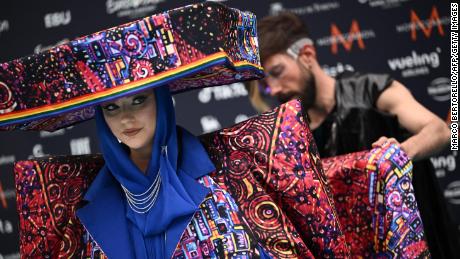 And then there are party-crashers Australia. Initially invited in 2015 to mark the show’s 60th anniversary, Australia continue to rock up each year, boxed wine in hand, awkwardly laughing along at Europe’s inside jokes and hoping to clinch a victory for the hardcore fans who wake up in the early hours to watch the show back home.

To be fair to Australia, they give it their all — and this year’s competitor Sheldon Riley’s aptly named track “Not the Same” is expected to turn in a respectable finish.

And the popularity of Eurovision in the southern hemisphere is testament to its growing strength, even in its seventh decade. 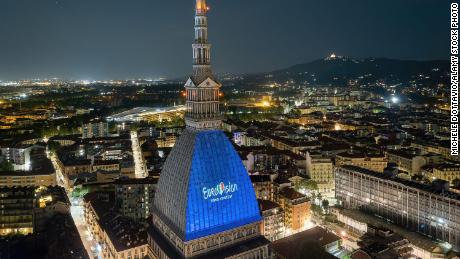 A US knock-off — something called the “American Song Contest,” which Europeans look at with the same suspicious scowl they wear when handling own-brand mayonnaise in a discount store — recently concluded stateside, and a 2020 Netflix film starring Will Ferrell and Rachel McAdams introduced new demographics to the feverishly followed competition.

Eurovision, for all its oddities, maintains a special place in the cultural calendar. But winning would be uniquely significant for Kalush Orchestra, and it’s hard to imagine a more popular victor in the tournament’s history.

Eurovision airs at 9 p.m. local time (3 p.m. ET) on Saturday, and it’s available on Peacock for US viewers.