Warren Beatty is 85! The actor celebrates with wife Annette Bening and their four children – Daily Mail

Warren Beatty is 85! Hollywood legend famous for Dick Tracy and Splendor In The Grass celebrates birthday with wife Annette Bening and their children

By Heidi Parker For Dailymail.com

Legendary Hollywood actor Warren Beatty, who starred in Splendor In The Grass with Natalie Wood, Bonnie & Clyde with Faye Dunaway and Dick Tracy with Madonna, has turned 85-year-old.

And the icon was treated to a jovial celebration with his large family in attendance this week.

His 63-year-old wife Annette Bening, whom he co-starred with in the epic gangster film Bugsy, was host and he was surrounded by their children. 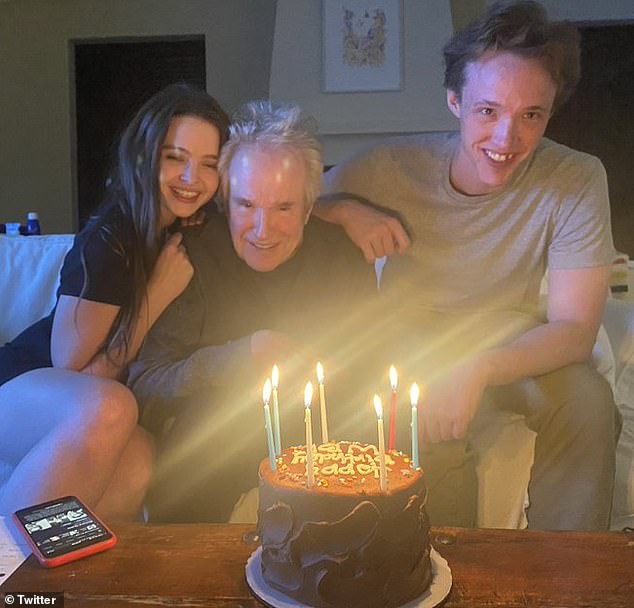 Happy 85th birthday! Warren Beatty kicked off his birthday celebrations with his kids including daughter Isabel (left) and son Benjamin (right) this week 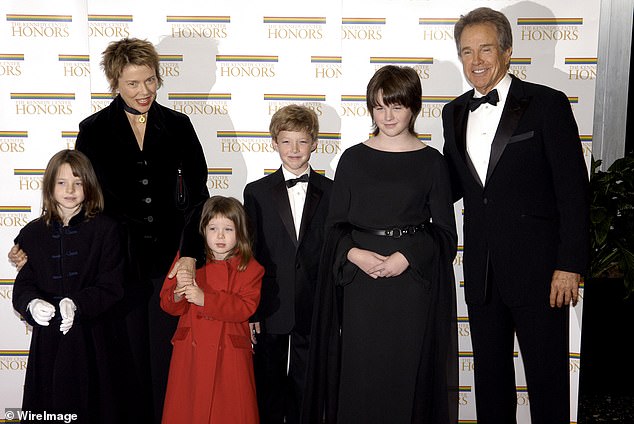 Early days: Annette Bening and Beatty with their children in 2005 (L-R) Isabel, Ella, Benjamin, and Stephen, who was born Kathlyn Elizabeth and transitioned to a boy at 14

Together they have Stephen Ira, 30, Isabel, 25, Benjamin, 27, and Ella, 21. (Stephen, born Kathlyn Elizabeth Beatty, has talked openly about his transition to being a boy from the age of 14.)

Isabel posted photos on Twitter on Thursday. She was seen with her silver screen dad as well as her brother Benjamin. Warren was pictured behind a chocolate cake with candles.

‘Deleting this in a lil bit but i think its sooo sweet so i post,’ she captioned snap before adding, ‘Not deleting, the energy is too sweet to delete!’ 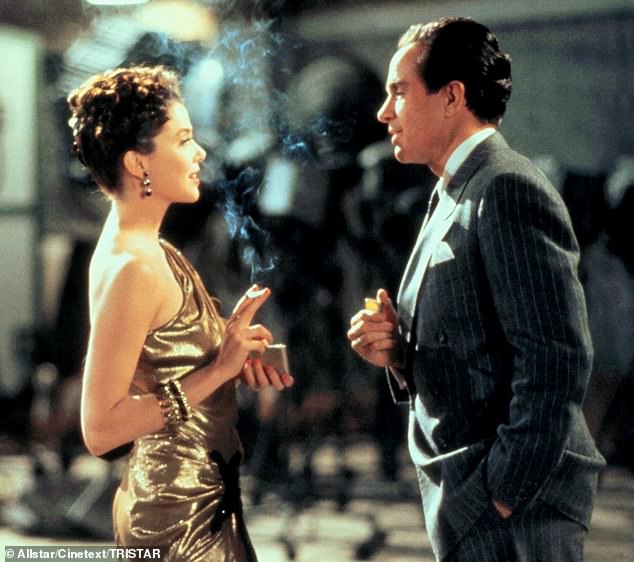 Where it all began: Annette and Warren in 1991’s Bugsy, which was nominated for an Academy Award in 10 categories, including Best Picture 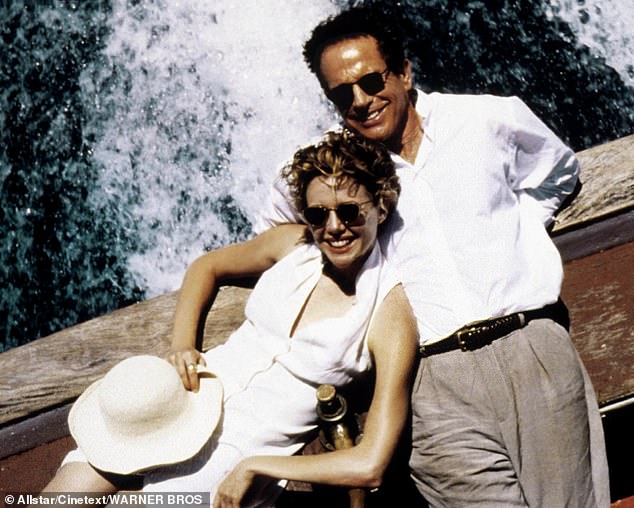 They have great chemistry! Here the couple are seen on the set of Love Affair in 1994

The couple fell in love on the set of Bugsy in 1990, where, upon inviting her to his house after dinner one night, Beatty famously asked his co-star, ‘Do you want to have a baby with me?’

The line worked, as they now share four children together.

Talking about their long romance, the four-time Oscar nominee mused to Us Weekly back in April, ‘There is no secret as anyone who’s been married knows.’

‘We have an incredible family, we have beautiful children,’ she continued. ‘We’ve been through a lot. It’s the center of life. It’s the most important thing. It’s everything.’ 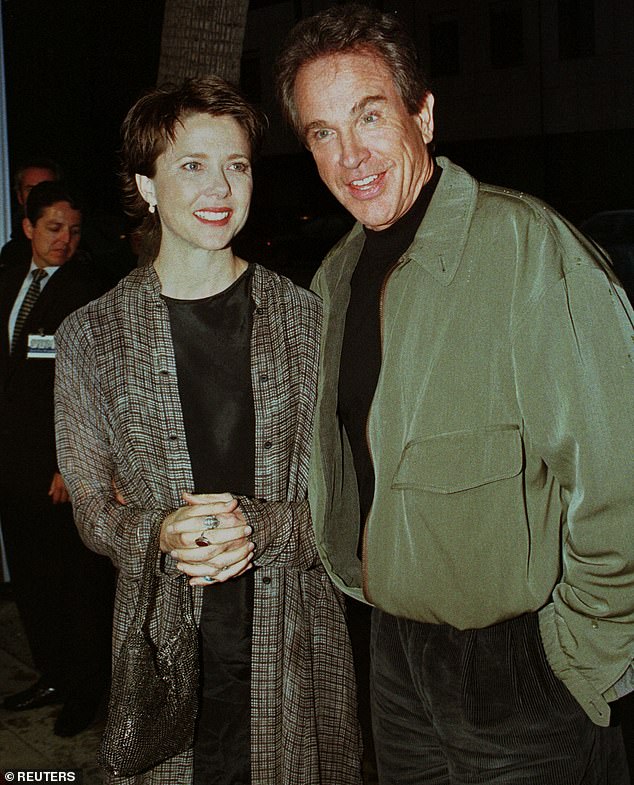 Hollywood royalty: Bening and Beatty in 1998 for the premiere of Bulworth in Beverly Hills, which Beatty wrote, directed, produced and starred in 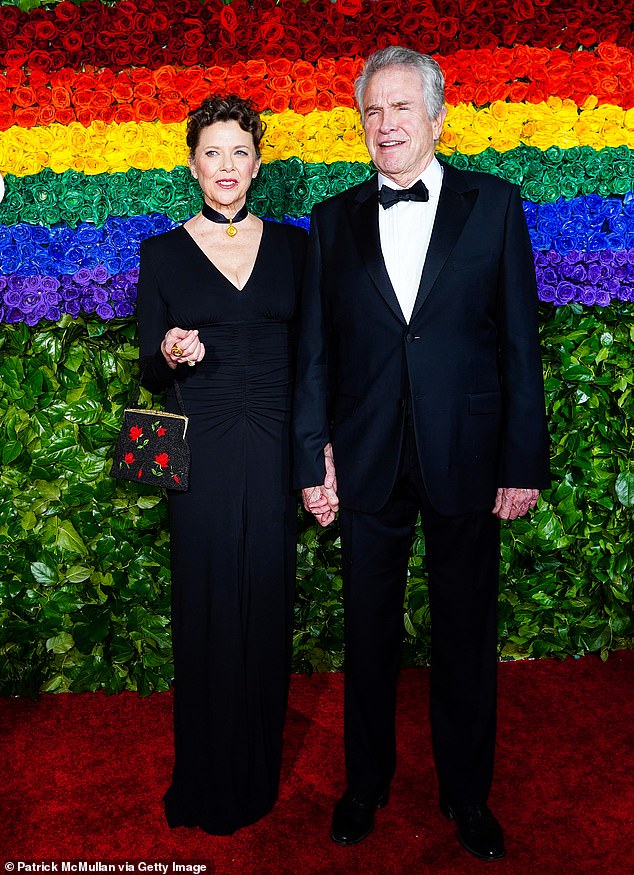 ‘I waited a long time to be married,’ Beatty told AARP The Magazine in 2016.

‘When you don’t get married until you’re 54…well, as Arthur Miller said, “It comes with the territory.” I always knew I wanted to have children.

At the annual AARP Movies for Grownups Awards in Los Angeles in 20202 Bening, who that night was presented with the Lifetime Achievement Award by actor Billy Crudup, thanked a Rolodex of A-listers throughout her speech.

But when the actress got to her husband, the American Beauty star choked up as she let out a simple, ‘I love you.’ 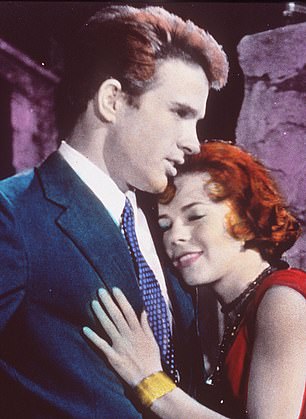 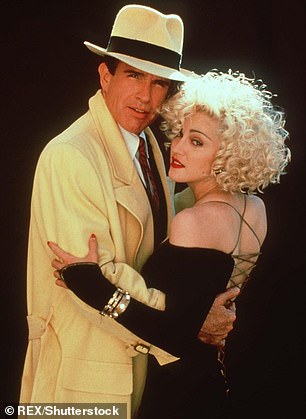 Quite the career: He stood out in the drama Splendor In The Grass in 1961 with Natalie Wood, left. And in 1990 the actor starred with Madonna in the film Dick Tracy