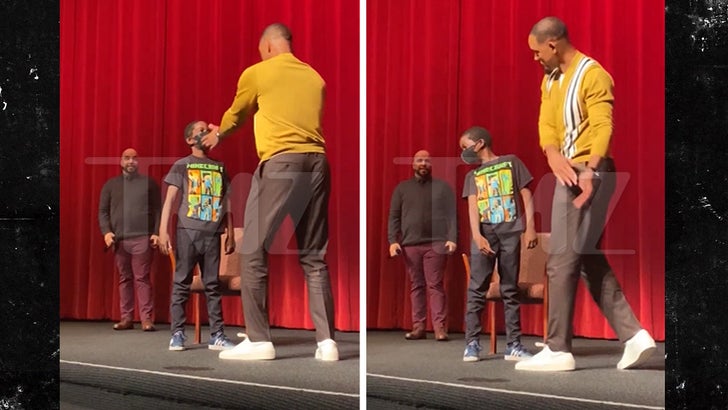 Will Smith is an adept face-slapper, even teaching youngsters the ropes on how to wind up and deliver.

TMZ has obtained footage shot back in November showing Will and his “King Richard” costar, Aunjanue Ellis, on a junket. There was a Q&A and a little guy named Chris — yes, that wasn’t lost on us — asked how to fake fight in flicks. 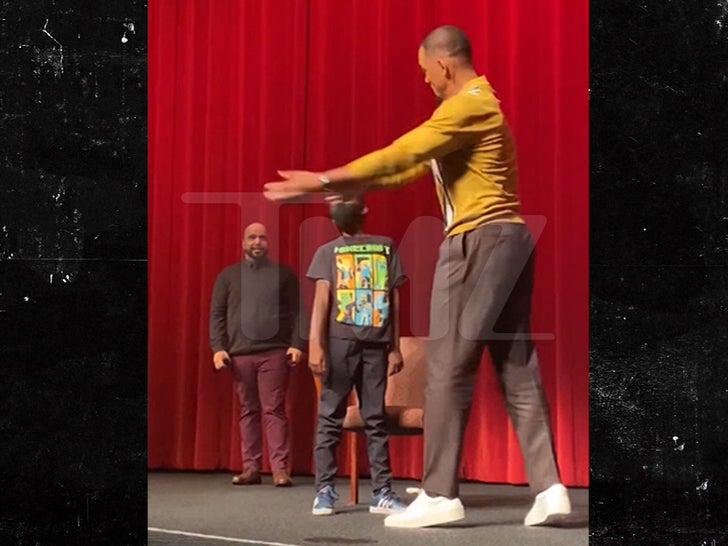 Will decided to show Chris some movie moves, calling the kid up on stage and showing off his slapping skills. Of course, Will didn’t strike this Chris … rather, he repeatedly showed him how to make it appear that someone is slapped, narrowly missing each time.

We’ve seen Will before when he wasn’t acting, and slapping seems to be his go-to when he’s angry.

Back in 2012, Will was at the premiere of “Men in Black 3” in Moscow, when a prankster named Vitalii Sediuk tried to kiss Will on the lips. Will unloaded on him with a backhand slap … not that he wasn’t justified, but it shows slapping is in WS’s wheelhouse.

Of course, everyone knows by now, Will unloaded on Chris Rock Sunday night. What’s interesting … you see Will walk up to the stage with clear intent, and it seems it was an intent to slap, because there were no hesitations in his moves.

As we reported, the LAPD beelined it for Chris Rock after the incident and asked if he wanted to file a police report, because it was an undeniable assault and battery. Chris declined, so that should be the end of it.

Nevertheless, it seems Will has a penchant for putting hand to face when he’s super upset.